If you face federal criminal charges, the law ensures you are given a fair trial and protect your rights. Part of that protection is to make sure any testimony against you comes from reliable sources.

This is why, for the most part, hearsay is not admissible as evidence in federal trials, according to the Federal Rules of Evidence.

Under Rule 801, “Hearsay” means a statement that “(1) the declarant does not make while testifying at the current trial or hearing, and (2) a party offers in evidence to prove the truth of the matter asserted in the statement.” 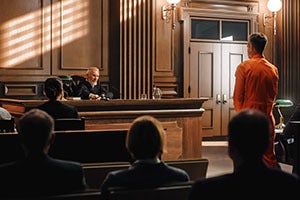 A “statement” would mean someone's oral or written assertion or nonverbal conduct if the person intended it as an assertion.

The primary reason for rules on hearsay in criminal cases is that hearsay statements are unreliable as valid evidence. Further, they are not made under oath and can't be subjected to cross-examination.

A classic hearsay example includes a witness testifying that a friend told them the defendant confessed to committing the crime, but the friend who allegedly said this doesn't provide testimony.

Some statements are not considered hearsay, such as prior statements from witnesses when they testified and were subjected to cross-examination about a previous statement. It was inconsistent with their testimony and was given under the penalty of perjury.

It's also not hearsay if it's consistent with their testimony and is offered to rebut an express or implied charge that the witness recently fabricated it was acting from an improper influence or motive, or they a person they perceived earlier.

Finally, it's not considered hearsay if the statement is offered against an opposing party and was made by someone in a representative capacity, was made by somebody authorized to make a statement on the issue, or was made by a co-conspirator during and in furtherance of it. Our federal criminal defense lawyers will examine this topic in greater detail below.

Why Hearsay Is (Usually) Not Admissible

The hearsay rule is based on the principle that witnesses should only be testifying to things they have personal knowledge of. This way, the jury can assess the witness's credibility and determine whether or not to believe what they are saying.

When a statement is made by someone other than the witness testifying, it is more difficult to gauge its reliability. Specifically, the testimony could be skewed because:

That being said, there are exceptions to the rule in which hearsay may be considered reliable and admissible in court, albeit for other purposes than for proving your guilt or innocence.

Let's talk about hearsay when it may or may not be admissible as evidence in your trial, and how an experienced federal criminal defense attorney will know the difference.

Hearsay is defined in FRE Rule 801 as a statement made outside the courtroom by someone other than the witness testifying at trial. The party introduces evidence to prove the truth of the matter asserted.

Hearsay can be either oral testimony or in written form. A prominent example of hearsay is when a witness on the stand testifies not that they saw you commit the crime in question but that they heard someone else outside of court say you committed it.

This is hearsay because it's second or third-hand information that can't necessarily be proven in court. Under normal conditions, these statements can't be admissible as evidence at a federal trial.

Rule 801 also defines what is not considered hearsay—namely: If the declarant testifies regarding their prior statement and is cross-examined, it's not hearsay if:

If a statement is made against the opposing party, the testimony is not hearsay if:

What Are the Exceptions to the Hearsay Rule?

Rule 803 of the Federal Rules of Evidence lists 23 situations in which hearsay is, in fact, admissible in federal criminal court. These include, but are not limited to, the following:

Even if an exception does not apply, there may still be another basis for admitting the statement into evidence. 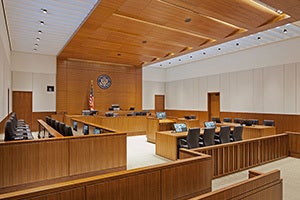 For example, if a statement is not being offered for its truth but rather to show its effect on the listener or reader, it may be admissible under what is known as the "state of mind" exception.

If you have been charged with a federal crime and need more information about how the hearsay rule might apply to your case, then reach out to us to review all the details and legal options.

Perhaps negotiation with the federal prosecutor is possible for case dismissal or a favorable plea bargain.