Review of Pyramid and Ponzi Schemes Laws and Defenses

Pyramid schemes and Ponzi schemes are very similar illegal financial activities that normally involve some type of investment fraud that are charged under federal laws and tried in a federal courtroom. 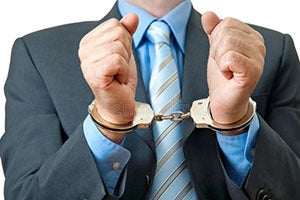 The investors and business partners could be paid in cash or given promises of receiving profitable stocks or hedge funds. These type of illegal schemes scams involve innocent investors making investments hoping to return a profit.

Put simply, anyone who is operating a pyramid or ponzi scheme normally promises a high rate of return.

According to the U.S. Securities and Exchange Commission (SEC), a Ponzi scheme is a fraudulent investing scam that generates positive returns for early investors with money from later investors.

The investors will give money to the scammer, normally some type of portfolio manager, in exchange for a return on investment. Old investors are then paid returns from the new investors incoming funds.

A pyramid scheme provides returns to investors higher up in the pyramid with funds taken from newer members.

Confusingly similar, but both are illegal at the California and federal levels. The main difference between these two types of illegal financial activity centers on the approach.

Ponzi schemes occur when an investor gives funds to a manager to invest and gets paid out earnings at a later date.

In reality, the “earnings” the investor receives are funds from new investors who joined later. Pyramid schemes involve a recruiting process where one person recruits another and so on.

Each new recruit pays the person who recruited them for the right to join. Anyone charged with either of these crimes could face substantial penalties and prison time.

For more information, our federal criminal defense lawyers are providing a review below.

Investigation of Pyramid or Ponzi Schemes

The Securities and Exchange Commission will frequently provide coordination when there is more than one investigation into the same illegal activity. 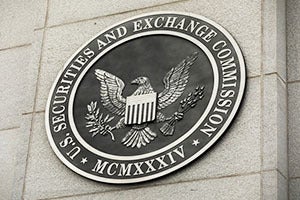 The SEC promotes and encourages people to report suspicion of pyramid or ponzi schemes and even provide a phone number and contact form online on their website for anyone to provide information for a potential investigation. The SEC even has a whistle blower program.

If you have reason to believe you are the target of a criminal investigation by the federal government, you need to retain a criminal defense lawyer immediately.

Pyramid and ponzi and pyramid schemes are typically investigated by:

This means when you have been accused of participating in a pyramid or ponzi scheme, you will need a defense lawyer with experience dealing with these federal agencies.

They must know their tendencies, unique characteristics, how they investigate, how to effectively communicate with each of them, and who has built up trust and credibility over the years.

If our law firm is retained early in the process, it might be possible to negotiate with prosecutors and prevent a case from being formally filed. If a criminal case is filed, we are skilled at trial, suppressing evidence, and obtaining a favorable outcome.

These type of white collar crimes are subjected to harsh federal sentencing guidelines, prison sentences, and restitution based on the amount of money lost.

Typically, the legal penalties will increase based on the number of victims and the exact amount of financial loss.

Pyramid schemes are sometimes called endless chain schemes because every new recruit must bring in additional new recruits in order to make money.

While some pyramid schemes do sell a product, the basis of the investment return for earlier investors is bringing on new recruits. That's why they're called endless chains — the only way to generate income is to recruit new people. In pyramid schemes:

Pyramid schemes eventually get complicated due to the investors who became involved later will eventually become part of the scheme. This type of scheme will remain profitable as long as there are investors who successfully recruit other investors.

Once the pyramid scheme can't recruit more investors, it will start to fail and then collapse.

The phrase “ponzi schemes” became world famous during the investigation and trial of Bernie Madoff who was convicted of a Ponzi scheme that caused investors to lose over $65 billion. 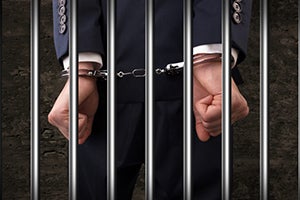 He was sentenced to 150 years in prison and died at the Federal Medical Center in Butner, North Carolina, on April 14, 2021.

Ponzi schemes are more easily provable than pyramid schemes that can resemble multi-level marketing, which only become illegal if they cross a line into a pyramid scheme.

Any company participating in a ponzi scheme will primary focus on getting new investors. The scammer will recruit new investors by making promises to use their funds on profitable projects that carry minimal risk.

Once the scammer is able to obtain income from new investors, they will use it to pay returns to the original investors, and it will be documented as a profit.

Put simply, a ponzi scheme will generate returns for original investors from investments of the new investors. More importantly, however, the financial disbursements made to an old investor is not a legitimate profitable return, but rather just funds from new investors.

A fairly new type of fraud called the “smart ponzi” began with the use of cryptocurrencies, such as crypto tokens.

A smart ponzi is similar to the normal ponzi as a scammer will redistribute “tokens” obtained from new investors to give to old investors and then claim it was an actual profit on their return.

Again, if there are steady investors buying into the crypto token, the fraud will continue, but it will eventually run out of enough new investors and fail.

Penalties under the federal sentencing guidelines for a Ponzi scheme conviction can be severe. Prison sentences can reach 150 years, as was the case for Bernie Madoff. Other penalties include:

Money laundering, for example, may add up to 20 additional years in prison and fines up to twice the value of the involved property.

The SEC might even want to talk to you about helping recover damages from the originator, giving you a greater chance of getting out of this legal quandary. But you shouldn't try this alone; a trusted defense attorney at your side can help.

Defenses for Pyramid and Ponzi Schemes

When you're charged with a Ponzi or pyramid scheme, you want to put up a fight. Some multi-level marketing companies are wrongfully accused of being a pyramid scheme.

If you have been charged with a pyramid scheme, for example, you and your federal criminal defense lawyer can work to show there is an actual product or service provided. A pyramid-like business in and of itself is not illegal if there is no fraud or theft. 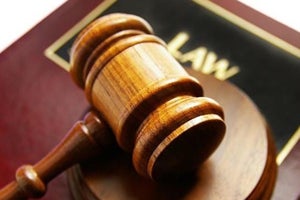 If you have a legitimate business model that provides your customers an item of value for their participation in your company, that will go a long way to putting your legal troubles behind you.

Defending against a Ponzi or pyramid scheme requires specific techniques of building your case through intense investigation and evidence gathering.

Discovery motions can force federal prosecutors to turn over crucial documentation that can be used to defend you.

Increased efforts at both the federal and state level make it more likely that companies will be investigated and publicly persecuted. Substantial penalties, jail time, and reputation are at stake.

We can help you protect your company, your freedom, and your reputation.

Eisner Gorin LLP represents clients in Southern California and throughout the United States on all type of federal offenses. Our law firm is based in Los Angeles County.