The federal sentencing guidelines are essentially rules that federal judges must consider at sentencing for a defendant who was convicted of a federal offense.

They are designed to give federal judges fair and consistent sentencing ranges to consider when imposing a sentence. The guidelines are based on serious nature of the crime and defendant's characteristics and criminal history. 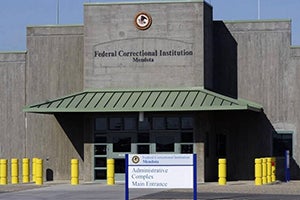 It should be noted the guidelines are not mandatory. A federal judge who wants to impose a different sentence, either higher or lower from the sentence calculated in the guidelines has to explain their decision.

Federal sentencing guidelines are written by an agency called the United States Sentencing Commission, which is within judicial branch of the federal government.

The Sentencing Reform Act of 1984 called for developing guidelines for federal sentences. By using the guidelines, Congress was seeking to narrow the disparity in sentences that were imposed by judges for similar crimes committed by someone in similar circumstances.

The guidelines consist of a detailed series of provisions which, in their simplest form, seek to compare a defendant's unlawful conduct, in all of its details, with the defendant's prior criminal history and thereby arrive at a presumptive range of months for which the defendant should be incarcerated.

To give readers useful information about the U.S. Sentencing Guidelines, our federal criminal defense lawyers are providing a detailed review below.

The United States Sentencing Guidelines were developed as a legislative response to what many observers regarded as inconsistency in sentencing outcomes among similarly situated defendants around the country. Most federal criminal statutes do not provide for exact punishment in the case of a violation of federal law.

With the exclusion of those provisions which provide for mandatory minimum punishment, most federal criminal statutes are punishable up to a defined maximum term of federal prison time and are often subject to a fine in addition to incarceration.

Federal judges, prior to the enactment of the guidelines, were free to simply impose any sentence the judge felt was equitable and appropriate as long as it did not exceed the maximum. As you can imagine, this would lead to disparate results.

How the Federal Sentencing Guidelines Work

This state of affairs was perceived as unfair. The guidelines therefore attempted to cabin the judge's sentencing discretion by imposing a mathematical framework which is ultimately reduced to a chart containing offense levels and criminal history categories.

Once the total offense level and criminal history category are calculated, the judge would simply find the appropriate box on the guidelines chart, which might contain for instance 30-36 months, and then select from that much narrower range.

This was how the guidelines operated at first. Subsequent litigation, however, re-established the sentencing court's discretion by rendering the guidelines merely “advisory.”

Offense level is a reflection of the seriousness of the unlawful conduct committed by the defendant. The sentencing guidelines provide many levels of offense seriousness. The more serious the crime, the higher the offense level.

Calculating offense level begins with determining the “base” offense level, which typically corresponds to the type of crime at issue.

While the calculation begins with a base level, it rarely ends there. The practitioner must then apply the sentencing guidelines' many enhancement and departure provisions which can either add or subtract offense levels from the base level.

A concrete example will help illustrate this process. Suppose a defendant has pled guilty in federal court to unlawful firearm possession by a felon.

However, the defendant exhibited early and complete acceptance of responsibility by pleading guilty early in the process. This reduces his offense level by 3 levels under Section 3E1.1 of the guidelines.

Further suppose that the defendant has several prior criminal convictions in state court.  However, one of these convictions is over 10 years old and was for a relatively minor offense, so this one will not be counted.  Nevertheless, the defendant's qualifying convictions leave them with a criminal history category II.

By comparing a total offense level 15 with a criminal history category II on the sentencing chart found toward the end of the sentencing guidelines manual, the defendant's advisory guidelines sentencing range is determined. In our hypothetical, the guidelines range would be 21 to 27 months in federal prison.

Departures from the Guidelines

Finally, a federal judge must decide at the sentencing hearing whether there are aggravating or mitigating circumstances that the guidelines didn't sufficiently take into account.

A judge who decides that such an aggravating or mitigating circumstance exists can impose a sentence below or above the guideline range. However, when a judge departs from the guidelines, they must state their reason in writing.

It's worth noting there is a special type of downward departure request made by the federal prosecutor known as a “substantial assistance” This can be granted in situations where a defendant provided substantial assistance in the criminal investigation of another offender.

As discussed elsewhere on our site, the guidelines calculation is only the first step in the federal sentencing process now that the guidelines have been rendered merely advisory.

The sentencing judge will consult other sources of authority including the equitable factors in 18 U.S.C. § 3553(a) in determining what the appropriate sentence is to accomplish the goals of sentencing including punishment, deterrence, and rehabilitation.