Telemarketing, e-mail, or text message scams are an annoying part of modern life with which almost everyone has had to contend at one time or another. Some of these scams are fairly obvious while others can be quite sophisticated.

Federal law provides criminal penalties for those who engage in mail fraud or wire fraud by specifically utilizing a telemarketing or email marketing approach.

Under Title 18 of the United States Code, Section 2325 and several subsequent sections, criminal prosecution may be initiated for fraudulent conduct which relies on these technological means.

Any allegation of fraud crimes and fraudulent telemarketing is a serious charge. A conviction in federal court can lead to a lengthy jail sentence and large fines. 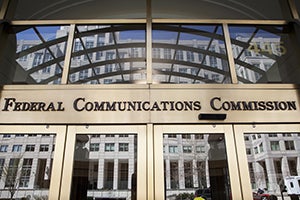 Due to large volume of telemarketing and robocalls, lawmakers have taken action to crack down on telemarketers they consider fraudulent. In 1991, Congress passed the Telephone Consumer Protection Act (TCPA), to protect consumers from predatory telemarketers.

However, many things have changed since the TCPA was passed as there are now millions of cell phones that marketers target using robocalling that has an automated dialing function to make thousands of calls each day.

This means technological advancements and much lower telemarketing costs have significantly increased fraudulent telemarketer activity. In response, the Federal Communications Commission (FCC) is taking an aggressive approach to crack down on telemarketing fraud.

The Federal Bureau of Investigation (FBI) also provides consumers with information on how to deal with telemarketing fraud. The Department of Justice has also prosecuted many people accused of violating federal telemarketing laws.

To give readers a better understanding of telemarketing fraud, our federal criminal defense lawyers are providing a detailed review below.

It means a plan, campaign, promotion, or program which is designed to induce, meaning encourage the victim to, purchase of goods or services, participate in a contest, make a charitable contribution, invest in a financial product, participate in a business opportunity, commit to a loan, or participate in a fraudulent medical study.

The means used to induce these actions by the victim are not limited to phone calls or email.  Under 18 U.S.C. § 2325, the use of text messages, instant messaging programs, or other electronic means.

Safe Harbor for Brochures and Catalogs

Section 2325 creates a safe harbor for certain written solicitations which are essentially brochures.

A catalog or brochure which contains a written description of the goods, services, or other items being offered, includes the business address of the sender, includes multiple pages of written material, and is not issued more frequently than once a year is categorically excepted from a prosecution under 18 U.S.C. § 2325.

It is acceptable for the senders of brochures to accept responses by e-mail, telephone, or other electronic means provided that they do not initiate the contact with consumers using those means.

Accordingly, the statute is specifically targeting the initiation of electronic-based messaging and calls which intend to defraud the recipient.

Certain victims are particularly vulnerable to telemarketing and email marketing fraud scams and therefore federal law provides for increased penalties when these categories of victims are targeted by scammers.

If the defendant's victims included 10 or more individuals aged 55 years or older, the enhanced penalty increases to a 10-year additional term of imprisonment.

Keep in mind that these penalties are in addition to the mail fraud or wire fraud penalties which would apply under the United States Sentencing Guidelines, which compare the defendant's specific offense characteristics with their prior criminal history.

The judge will also be guided in arriving at a final sentence by the equitable provisions of Title 18 of the United States Code, Section 3553(a), which include history and characteristics of the defendant and the need to avoid unwarranted sentencing disparities between similarly situated defendants.

Victim Doesn't Have to Lose Money

It is important to note that a prosecution under 18 U.S.C. § 2325 does not depend on the victim of the fraudulent marketing scam actually losing money or something else of value.

To be sure, many victims will actually be defrauded out of money or services due to these scams. In those cases, 18 U.S.C. § 2327 provides for mandatory victim restitution.

However, even in a case where no actual financial loss occurs, the defendant can still be prosecuted for the attempt to defraud victims using telemarketing or email marketing.

As in other crimes which depend on a theory of fraud, the major defense in prosecutions under 18 U.S.C. § 2325 is that the defendant lacked fraudulent intent. The federal prosecutor has the burden of proving your guilt beyond a reasonable doubt.

Telemarketing is annoying and most often unwelcome, but is not automatically criminal under federal law simply because individuals would rather not receive an unsolicited phone call from someone trying to sell something.

The calls, emails, text messages, instant messages, or other electronic communications at issue must have been placed by the defendant for the purpose of defrauding the victim.

If you, or someone you know, is under investigation for or has already been charged with telemarketing and email marketing fraud under federal law, contact our experienced federal criminal defense attorneys for an initial consultation.

Our federal crime attorneys understand the serious nature of federal prosecutions and will explain the charges you are facing and how we can defend you. We have the skill and experience to successfully defend you against charges of telemarketing fraud.