Accordingly, when immigration laws are violated and those violations rise to the level of a criminal offense, prosecution occurs in federal court. 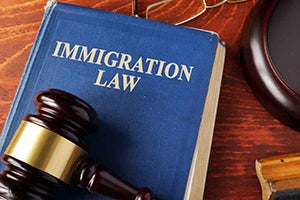 Immigration fraud is actually a very broad term that is used to describe various fraudulent immigration conduct. For example, lying on immigration documents in order to gain entry into the United States. It also includes a fraudulent marriage primarily for immigration purposes, fraudulently providing someone with invalid immigration services, and alien smuggling.

If you were accused of illegal conduct attempting to enter or remain in the United States, or helping another person, you could be facing federal criminal charges that can result in harsh penalties.

If you are currently facing any type of immigration crime, or you believe you are under investigation for a for immigration fraud, you will need to consult with an experienced federal criminal defense lawyer to review the details of the case.

Retaining a skilled lawyer early in the process can greatly increase your charges at a favorable outcome. This article examines several commonly-used provisions of federal criminal law which are relevant in the immigration context.

This means they either enter the United States without permission, eludes examination by immigration officers, or enters or attempts to enter the country by making false statements or presenting false documents is guilty of a federal crime.

For a first offense under this provision, the maximum penalty is 6 months in federal prison. However, second and subsequent offenses for unlawful entry are punishable by up to 2 years in federal prison. 8 U.S.C. 1324 defines the federal crime of bringing in and harboring aliens.

One of the most common types of immigration fraud is marriage fraud. This is when a non-citizen comes to United States to enter into a fraudulent marriage for the sole purpose of evading immigration law and obtaining a green card.

Anyone who is suspected of marriage fraud are frequently investigated the federal government, including visits to their home, request for valid documentation, or interviews in an attempt to prove they violated federal law.

Section 1325 also contains two other provisions of interest. Under subsection (c), individuals who engage in “marriage fraud,” can be punished by up to 5 years in federal prison.

As stated, marriage fraud consists of entering into a marriage for the purpose of evading any provision of federal immigration law. These are the so-called sham marriages by which two individuals decide to get a legal marriage purely for the purpose of taking advantage of the relatively more lenient immigration treatment available to spouses of United States citizens.

Subsection (d) of Section 1325 contains a provision targeting “immigration-related entrepreneurs.”  Under this provision, any individual who sets up a criminal enterprise – i.e. a business – whose purpose is to evade federal immigration laws is guilty of a crime punishable by up to 5 years in federal prison.

This provision targets those who make a profitable business out of assisting others in committing immigration fraud or other immigration-related offenses.

18 U.S.C. § 1425, on the other hand, addresses very specific immigration fraud conduct related to the procurement of immigration documents and benefits which entitle individuals to long-term presence in the United States.

To be guilty under Section 1425, the government must prove that the defendant engaged in one of two related, but distinct, forms of unlawful conduct.

It must also be proved that the defendant must have knowingly issued, procured, applied for, or otherwise attempted to obtain naturalization, citizenship, or other immigration-related documentation on behalf of a person the defendant knew was not entitled to these benefits.

Section 1425 therefore addresses fraudulent attempts to obtain naturalization, citizenship, or documentary proof thereof.  The penalties for an 18 U.S.C. § 1425 violation are harsh compared with those applicable in the unlawful entry context.

In the case of a first or second offense, the punishment is up to 18 years in federal prison.  This penalty goes up to 15 years for a third or subsequent offense. If certain aggravating factors are present, the maximum punishment can be even higher.

If the immigration fraud in question was used to facilitate a drug trafficking crime, the defendant faces up to 20 years in federal prison. If the fraud was used to facilitate international terrorism, the maximum penalty goes up to 25 years in federal prison. 18 U.S.C. §  1427 covers the sale of naturalization or citizenship papers. 18 U.S. Code § 1589 defines the crime of forced labor.

As with other fraud crimes, one major area of defense for those charged with immigration fraud is lack of fraudulent intent. In the course of navigating the complex immigration and naturalization process, it is entirely possible that a defendant might make a provably false statement of fact.

If the defendant can establish that the false statement was simply inadvertent or the product of misunderstanding the question being asked, they are not guilty of immigration fraud.

It's important to remember that if you are accused of committing immigration fraud, the federal government will prosecute you. You will need an immigration fraud defense lawyer early in your case to prepare a strategy on your behalf.

If you, or someone you know, is facing charges for immigration fraud, marriage fraud, immigration entrepreneurship fraud, or other forms of federal immigration crimes, contact our experienced team of criminal defense attorneys for an initial consultation. We can assist you or your loved one in maximizing the chances for a successful outcome in your case.

Eisner Gorin LLP is a nationally recognized criminal defense law firm that represents clients throughout the United States who are accused of any type of federal offense. Our office is located at 1875 Century Park E #705, Los Angeles, CA 90067. Contact us at 877-781-1570 to review all the detail of your case and learn how we can help you.