At Eisner Gorin LLP, we provide aggressive representation to people in Los Angeles County and throughout the state of California who are facing federal charges. Federal crimes require a specialized and specific knowledge on the part of an attorney, and at our firm we have over 50 years of experience representing clients charged with federal offenses. 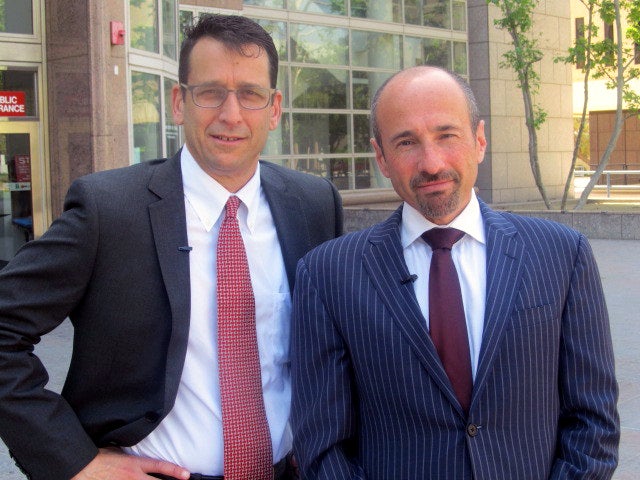 At Eisner Gorin LLP, we have more than 50 years of experience in the practice of federal criminal defense. Your criminal lawyer must have a thorough understanding of federal laws, regulations, and court procedures, and must also be licensed to practice in federal court. Any time a crime is committed on federal property, or violates a federal law, it may be charged as a federal crime.

A federal crime is an offense against the United States that is in violation of U.S. federal law. Federal offenses are investigated by a variety of agencies such as the Federal Bureau of Investigation (FBI), Drug Enforcement Agency (DEA), Department of Homeland Security (DHS), U.S. Customs and Border Protection (CBP), Internal Revenue Service (IRS), and the Bureau of Alcohol, Tobacco, Firearms and Explosives (ATF).

Just receiving a federal subpoena doesn't automatically mean you will face an indictment. In many cases, an effective reply to the subpoena can prevent the formal filing of criminal charges. Our law firm has a record of success in preventing charges in federal cases. Our lawyers have also successfully negotiated with federal prosecutors and judges to dismiss indictments.

Yes. It is important to understand that once you have found out you are the subject of a federal criminal investigation, you need to act immediately.

Federal prosecutors responsible for conducting federal criminal trials and sentencing hearings are also well experienced and have almost unlimited resources. Judges who preside in federal courts are lifetime appointments and their court dockets are not normally packed with too many cases like most state judges have to handle for a wide range of criminal offenses.

Another important difference is the fact that federal crimes will normally result in a more severe sentence than a state crime. This is especially true drug trafficking and conspiracy cases. Additionally, federal criminal penalties are much more severe in cases of child pornography and other sex crime cases that are prosecuted in federal court.

White collar cases, such as fraud, money laundering, extortion, counterfeiting, identity theft, embezzlement, forgery and corruption can also carry harsh legal penalties. The mandatory minimum penalties and federal sentencing guidelines typically result in a substantial prison sentence for any defendant convicted of federal crime. This alone is just another reason why it's critical to retain an experienced attorney who has a track record of success in federal criminal courts.

Unfortunately, many individuals in this position choose to delay in retaining counsel. The decision to hold off on hiring an attorney may result in squandered opportunities, such as the possibility of avoiding the filing of formal charges or receiving a more lenient sentence in exchange for cooperation with federal authorities.

Our top-rated federal criminal lawyers have a proven record of success in federal cases in courts across the United States. Our nationally ranked law firm has been winning federal jury trials, securing pretrial dismissals, and successfully negotiating many serious federal criminal cases over 20 years.

Due to the severity and complexity of federal criminal investigations and prosecutions, if you have been charged with a federal crime, you need to retain a federal criminal lawyer with experienced handling federal cases. In some jurisdictions, it might be necessary to work with other skilled federal criminal attorneys to assist us. However, our lawyers will handle the most important aspects of the case, such as negotiations with the federal prosecutors.

Our experienced federal criminal defense lawyers will always thoroughly review the strength of prosecutor's evidence and potential legal defenses before our clients make a decision to plead on the case or proceed to trial. On top of our federal trial practice, we can also represent clients in appealing wrongful convictions in federal court.

If you are seeking a federal criminal defense lawyer with with decades of successful case results, contact our law firm to review your case and discuss legal options. We are dedicated to the success of our clients and will pursue justice in federal court. Here are a few client reviews posted on AVVO.

Mr. Eisner worked hard to get a great outcome on my federal case

Attorney Alan Eisner represented me on an out of state federal case. He was honest, upfront, and advised me on expectations without making promises. He showed his expertise in federal court and worked aggressively to get the best possible outcome. We are completely satisfied with Alan and his law firm and would recommend them for any case. – Tom L.

I hired Alan after a few people said he was the best. My case called for a sentencing of a minimum of 41 months – Federal case. Alan worked his rear end off for me for over a year and three times in court. In our positioning report to the court we asked for 12 months home confinement with the ability to go to work during the day. We went before the judge and I was granted exactly what he'd asked for. No jail time. I was very grateful that day that I had hired Alan. – David

Learn How Federal Criminal Case Should Be Approached

Federal criminal cases are often more complicated than State criminal cases in that they often involve complex investigations spanning months or even years. This results in voluminous evidence which must be digested and analyzed to determine the full scope of our clients' exposure.

That said, the federal criminal process generally consists of three main stages: investigation by federal authorities, filing of criminal charges by the United States Attorney's office, and adjudication in court.

Even though there are only three stages, each requires significant work and attention. We cannot stress enough the necessity of having quality representation at every stage of the process.

Having an experienced and knowledgeable federal criminal defense attorney by your side will make an enormous difference.

At each stage, our federal attorneys will work diligently to protect your rights, help negotiate with the United States Attorney's Office, and defend you in court.

Investigation is the first stage in a federal criminal case and its importance should not be underestimated. During investigation, federal agents (FBI, DEA, Homeland Security, ICE, etc.) will be gathering information and evidence, which will later be presented to a federal prosecutor.

To this end, federal agents will work on conducting surveillance, gathering witness' testimonials, obtaining a search warrant and searching your home. In other words, they will do everything that is necessary to investigate your conduct.

Once federal agents have sufficiently investigated the allegedly criminal conduct, they are ready to take your case to the United States Attorney's Office.

At this point, having our top Los Angeles federal lawyers by your side could change the course of your case drastically. If you have a federal attorney, the prosecutor will contact us in order to discuss your case.

We will be able to begin negotiations in your case immediately regarding settlement and other critical matters such as the setting of bail pending trial.

Once a criminal case is filed with the court, but before it is assigned to the judge who will hear the case, you will often be brought before the magistrate judge. At this initial court hearing, one critical issue that will be decided is bail. The magistrate will determine whether you pose a flight risk or a risk to public safety. If so, you may be held in custody during the pendency of your case. Representation at this hearing is especially critical as good advocacy on the issue of bail may be the difference between months or incarceration or freedom pending trial.

After arraignment and setting of bail, but before your case actually goes before a jury for trial, there will be numerous additional court hearings. During this period, your attorney will be in constant negotiations with the AUSA handling the case to try to achieve the best possible settlement. However, in cases where the parties are at an impasse, your attorney will stand ready to defend you in a jury trial. This is your opportunity to confront your accusers, cross-examine the prosecution's witnesses, present your own witnesses, and communicate your innocence through your attorney's arguments. Should you be convicted following trial, your Los Angeles federal criminal defense attorney will still have an additional opportunity, at a sentencing hearing, to argue for leniency from the court.

Prior to a pre-trial conference, your federal attorney will meet with prosecutor to discuss details of your case, engage in settlement negotiations, and discuss trial readiness. The meeting will help determine if your case will be resolved through negotiated plea bargain or through a jury trial. While the case is in pre-trial status, your federal criminal defense attorney will meet with you to discuss all evidence in the case, trial strategies, and possible case resolutions. One of our experienced federal defense attorneys will provide the best options moving forward to reach the most successful resolution of the case.

A pre-trial conference is also an opportunity for the judge to get familiar with your case. Depending on the age of the case, your trial date will be set should no plea agreement is reached. At a pre-trial conference, your defense attorney and prosecutor will also be asked by the judge about legal issues in the case, possible motion litigation, discovery, and length of the trial. Federal Sentencing Guidelines under under 18 U.S. Code §3553 are designed to provide a federal judge with consistent sentencing based on the severity of the crime along with the defendant's prior criminal history.

This is a general overview of how the process. Federal criminal cases are often complicated and the process may vary from district to district, as well as from case to case. That is why we highly recommend to contact our law firm to review your case. We will help you understand the process and will get you through this challenging period in your life.

Laws governing federal crimes tend to be very complex. As a result, it is vital that your federal lawyer have a thorough understanding of these laws and be able to interpret them in an effective way.

We are Preeminent Federal Criminal Lawyers who have a great deal of experience handling federal cases in California and throughout the United States, and have strategic alliances with law firms in all 50 states.

We appear almost daily in the Central District of California, the United States District Court in Los Angeles, and are frequently appointed by local federal judges to represent criminal defendants.

Why You Should Hire Eisner Gorin LLP To Represent You

Our Nationwide federal criminal defense attorneys are a team of highly trained, extremely knowledgeable, and experienced attorneys. Our extensive background provides us with all tools we need in order to assist you. We can either negotiate a settlement or represent you at trial.

Our attorneys are familiar with the system, judges, and prosecutors, which gives us an advantage because we know how your particular judge handles his cases and how to negotiate with your specific prosecutor. We are skilled negotiators with federal prosecutors and might be able to get your sentence reduced or dismissed. Call our law firm at 877-781-1570 to review your case.

We Defend Clients In California And Throughout The United States 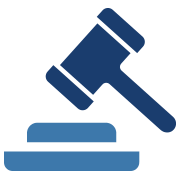 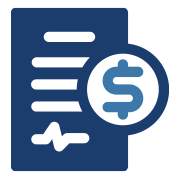 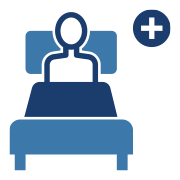 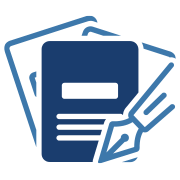 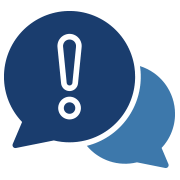 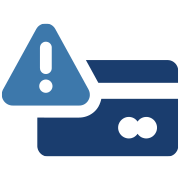 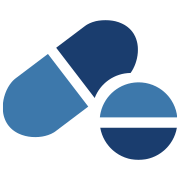 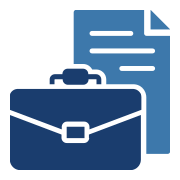 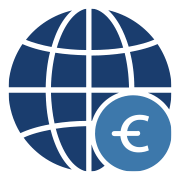 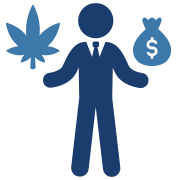 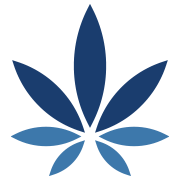 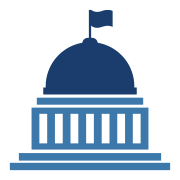