Federal Criminal Offense of Obstruction of Justice by Means of Bribery – 18 U.S. Code § 1510

Section 1510 of Title 18 of the United States Code defines the federal criminal offense of interfering with, obstructing, or frustrating criminal investigations by means of bribery.

The bribery distinction is crucial to understanding the conduct covered by 18 U.S. Code § 1510 as there are separate provisions of federal law which deal with other means of accomplishing the same obstruction of justice. 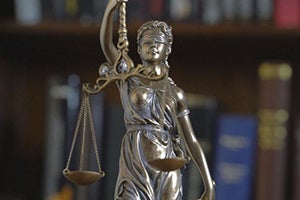 18 U.S.C. § 1510 prohibits preventing witnesses and victims from reporting crimes or cooperating with law enforcement. If convicted, the penalties for interfering with a witness in a criminal investigation is up to five years in federal prison.

It's illegal to bribe someone in order to delay or prevent them from providing information to law enforcement about an alleged crime. For instance, offering a victim or witness a bribe in exchange for their silence would be considered obstructing a criminal investigation.

Obstruction of justice charges require a federal prosecutor to prove a defendant acted with an intent to obstruct the course of a criminal investigation.

To give readers a better understanding of obstruction of justice laws, our federal criminal defense lawyers are providing an overview below.

As noted above, the bribery distinction under 18 U.S.C. § 1510 is important to understanding the conduct in this statute because there are separate provisions of federal law dealing with other ways of accomplishing the same obstruction of justice.

For instance, an individual might use threats, intimidation, or even physical force to coerce a witness not to report truthfully to law enforcement about a crime they witnessed. This is surely a form obstruction of justice known as witness tampering, and illegal under federal law.  However, the correct charge for this form of obstruction would be a violation of 18 U.S.C. 1512(b)(3).

Obstruction by means of harassment, still criminal but of course less serious than using threats or actual violence, is covered under Section 1512(c) of Title 18 of the United States Code.

Retaliation against government informants, a distinct but related offense, is also covered under a separate code provision. This conduct is addressed in 18 U.S. Code § 1513.

Turning to 18 U.S.C. § 1510 specifically, the crime of obstruction by means of bribery requires proof that the defendant offered or actually paid a bribe to someone with the specific intent to obstruct justice.

Obstructing justice means hindering or in some way preventing law enforcement from obtaining evidence about a crime, successfully arresting and prosecuting a suspect, or otherwise carrying out the essential functions of law enforcement.

18 U.S.C. § 1510 requires proof that the bribery was willfully undertaken, meaning that the defendant must have subjectively understood the payment being made as a bribe with the goal of obstructing justice.

Interestingly, however, a defendant can still be successfully prosecuted under 18 U.S.C. § 1510 even if the information they intended to suppress by means of the bribe has already in fact been transmitted to law enforcement.

As long as the defendant reasonably believes that the bribe will accomplish its intended purpose – even if the defendant is mistaken – the crime of obstruction by means of bribery is complete. Along the same lines, the defendant can be mistaken in their belief that a federal investigation is already underway.

Even in cases where law enforcement is completely unaware of the subject matter which the defendant bribes the witness to suppress, the act of the bribe is sufficient to initiate a prosecution under 18 U.S.C. § 1510.

Similarly, the defendant's effort to obstruct justice does not have to be successful. The witness or victim can accept the bribe payment and immediately report the information to law enforcement, frustrating the entire purpose of the bribe payment.

Even though the defendant's efforts were ineffectual and actually counter-productive, they are still guilty of a violation of 18 U.S.C. § 1510 by attempting to suppress the information which was transmitted to federal investigators.

18 U.S.C. § 1510 also applies to information which is transmitted or intended to be transmitted to federal investigators before, during, and after a judicial proceeding has been initiated.

It is possible, though probably rare, for a defendant to be prosecuted for bribing a witness to prevent disclosure of information concerning a crime for which the defendant has already been tried and convicted, rendering the bribe meaningless.

A violation of 18 U.S.C. § 1510 is a serious federal criminal offense with a maximum penalty of five years in federal prison, a fine, or both a fine and imprisonment.

The actual sentence received by an individual defendant will depend on the sentencing court's application of the advisory United States Sentencing Guidelines and the equitable facts concerning the defendant's individual characteristics contained in Title 18 of the United States Code, Section 3553(a).

Our federal criminal defense attorneys can represent you if you have been accused of violating any type of obstruction of justice laws defined under 18 U.S. Code Chapter 73.

Our experienced law firm partners have the knowledge and skills to help you develop an effective legal strategy and reduce the chances of conviction. Perhaps you were charged with obstruction for destroying property to avoid seizure. We can help you.

We will thoroughly review all the charges against you and help you understand the crucial elements of the crime the federal prosecutor must prove in order to obtain a conviction. Based on the details of the case, we make develop defenses against the charges, or negotiate a plea agreement to lessen penalties.

If you or a family member is under investigation for or has already been charged with a violation of Title 18 Section 1510 of the U.S. Code, contact our experienced team of federal criminal defense attorneys for an initial consultation.  We can help maximize your chances of a positive outcome in your case.