If you pled guilty or were convicted of a federal crime, you might be required to attend a sentencing hearing, where you will go to the federal court to find out the penalties for the offense. 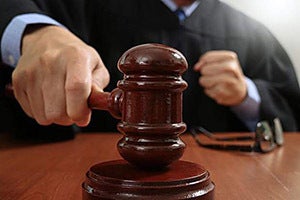 At the sentencing hearing, a federal judge considers many factors, such as the type of offense, circumstances of the crime, prior criminal records, and other mitigating factors. Ultimately, the judge will decide whether to impose jail time, fines, or other penalties.

It should be noted that while your guilty plea or trial established that you did commit a federal offense, most statutes don't contain an exact penalty for that crime. There is a wide range of potential penalties after consideration of specific factors.

There usually are at least 90 days between the time a defendant was found guilty and the sentencing hearing. This waiting period can be very stressful and create a lot of anxiety for any defendant and their family.

During this waiting period, a defendant has the opportunity to prepare for the best interest of their family while they are incarcerated. This includes financial issues and how their family will be able to adjust to a different lifestyle while they are away. Our federal criminal defense attorneys will explain this topic in further detail below. 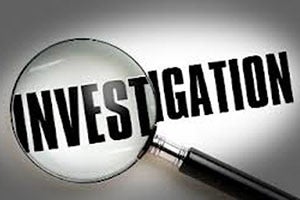 One of the main reasons it takes so much time between your guilty plea or verdict and the sentencing hearing is because an agent with Pretrial Services has to write a report. They are typically busy writing other reports and have additional responsibilities. If a defendant is in custody, the agent will need to visit them in jail to gather a lot of personal information required for the report.

The PSI report is crucial as the federal sentencing judge will closely review it before sentencing. After it's drafted and sent to the defense and prosecutor, they will have several days to respond to the agent with objections or proposed revisions to the report.

After the agent considers any objections, any revisions will be made, or the judge will resolve any issues in the report at the sentencing hearing. The federal judge might listen to oral arguments from both sides to make their decision.

At the sentencing hearing before the judge imposes punishment, the defense attorney, prosecutor, and even victims will be provided an opportunity to speak to the judge about the level of punishment. It should be noted that most federal offenses have a range of potential punishments, from fines to time in incarceration.

The defense and prosecutor will attempt to convince the judge why the defendant should get a reduced or increased sentence. They will tell the judge certain factors about the crime, prior criminal record, and any impact on the victim. 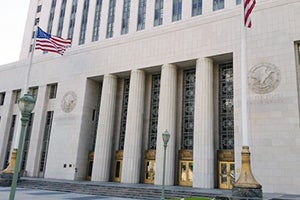 The federal prosecutor will have the first chance to provide statements to the judge where they will recommend a sentence and review the evidence used to prove why their punishment should be imposed. Next, the defense lawyer will argue why the punishment should be less severe by laying out all favorable evidence for their client to get the lowest possible sentence.

The judge could then give the victim or their family a chance to speak to them directly, and then the defendant is allowed to talk. These chances to speak directly to the federal judge are often crucial as they can play a primary role in influencing the judge's sentence. Most federal criminal lawyers will help defendants prepare what they say to the judge.

The role of the judge at federal sentencing often has a much more substantial impact on the amount of custody time and other conditions the defendant faces at a sentencing hearing.  Accordingly, representation by effective defense counsel at this critical proceeding is crucial for maximizing the chances of a positive outcome.

Penalties and the Sentencing Guidelines

In federal court, sentencing hearings take on even greater importance, especially in serious offenses, because the judge's sentencing discretion is much more significant than in state court.

The United States Sentencing Guidelines provide a relatively predictable framework that recommends a range of months in prison for a given defendant by comparing the offense of conviction, including any relevant aggravating and mitigating factors with the defendant's prior criminal history.

There are many enhancements the prosecutor can use to enhance a federal sentence, especially in a drug-related case. These enhancements include:

The defense can argue some sentencing reductions for a lower sentence, including: 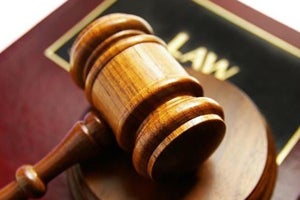 In varying from the guidelines, federal judges at a sentencing hearing are guided by the equitable factors in Title 18 of the United States Code, Section 3553(a).

These factors include the history and characteristics of the defendant, the impact of sentencing on the defendant's dependents such as small children, the need to avoid unwarranted sentencing disparities between similarly situated defendants, the need to provide victim restitution, and other factors.

In reality, very few defendants receive the maximum sentence. The federal judge at a sentencing hearing will analyze the guidelines recommendation, the Section 3553(a) factors, and consider the arguments of both the government and the defense in fashioning an appropriate sentence up to the statutory maximum.

Because of the less statutorily regimented sentencing scheme in federal court than in state court, the defense counsel's opportunity and necessity for effective advocacy at the sentencing hearing is increased.

As you can see from this discussion above, the fudge in a sentencing hearing has broad discretion to determine your sentence. It's crucial to have skilled representation to help you mitigate any punishment. During a federal sentencing hearing, you need a lawyer with experience in how to argue against a harsh sentence effectively.

It's also essential to have a federal criminal defense lawyer throughout the criminal case process because the type of crime will determine the range of punishments. We may be able to negotiate with the prosecutor for reduced charges or even a case dismissal.

If found guilty, you will need a strategy to put forward the best case for reduced sentencing or a downward departure from the sentencing guideline. We need first to review all the details of your case to prepare an appropriate plan on your behalf. Eisner Gorin LLP is a top-ranked criminal defense law firm in Los Angeles. Contact us for an initial case review by calling (877) 781-1570, or you can fill out the contact form.