Driving Under the Influence on Federal Land in California

The vast majority of driving under the influence (DUI) cases in California are prosecuted under state law, such as Vehicle Code 23152 VC. A DUI on any federal property could invoke federal law and federal prosecution and penalties for a conviction.

Most people don't realize there is an abundant amount of federal property all across California, including right within the largest cities. 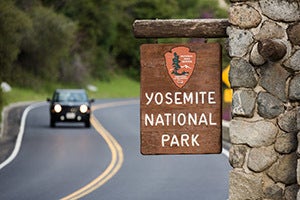 However, most people know that National Parks are federal property and driving under the influence here could lead to federal DUI charges. If your DUI occurred on other federal property, then federal law would apply California penalties.

If you were arrested for DUI on federal property, you will face prosecution by a United States District Attorney in a federal courtroom, rather than a local state prosecutor.

If your case goes to trial, there is a panel of federal judges rather than a local jury of your peers. If convicted, federal laws allow penalties for a DUI to reflect state DUI penalties. However, if you're driving under the influence occurred in one of the National Parks, then you could be fined up to $5,000 even as a first offender.

Further, if you are sentenced to some jail time for a federal DUI conviction, then it must be served in a Federal Bureau of Prisons Facility, which could be located far away from your home and family.

Drinking and driving is a serious crime in California. A first offense DUI under state law can result in jail time, probation, fines, community service, and license suspension.  Our federal criminal defense lawyers will take a closer look at the DUI laws below.

Federal Law Raises the Stakes of a DUI

Federal law raises the stakes if your DUI occurs on federal property. Due to implied consent in California, after you are arrested for DUI, you have to submit to a breath or blood test.

If you refuse a chemical test, you could be subjected to enhanced penalties under state law. However, under federal law, refusal to submit to a chemical test is a separate misdemeanor crime. As noted above, even for a first federal DUI offense, you could end up with any or all of the above penalties and pay a larger fine of up to $5,000 fine.

As noted, your federal DUI case won't go to a jury of your peers but instead to a panel of federal judges in federal court. Any jail time you serve would be in a federal prison rather than local county jail.

And you cannot get a federal DUI expunged from your criminal history without a presidential pardon. Treat a federal DUI with the gravity it deserves by retaining a skilled defense lawyer.

But federal law has its own regulation creating a federal DUI crime for drunk driving occurring on a federal park, forest, and conservation lands.

The federal regulation 36 CFR § 4.23 defines a federal DUI misdemeanor crime for a .08 blood alcohol level or higher if your DUI occurs in a national park, national forest, or national conservation area. 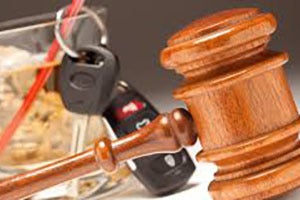 The federal regulation provides for federal penalties of up to six months in federal prison, up to a $5,000 fine, loss of the right to drive on federal lands for one year, alcohol evaluation and treatment, and probation for up to five years.

If a civilian driver is arrested for a DUI while on military property, then the military police will send the case to federal prosecutors who will apply California DUI laws.

If military personnel is arrested on military property, then their driving under the influence case will be handled by the military justice system.

The federal regulation 36 CFR § 4.23 creates jurisdiction in the federal courts to charge and decide a national-parks DUI. The same is true for the federal borrowing statute 18 U.S.C. § 13.

The federal statute creates jurisdiction for the federal court to charge and decide the borrowed state-law DUI crime. The forum and procedures for a federal DUI case under 36 CFR § 4.23 or 18 U.S.C. § 13 remain federal.

Federal agents may arrest you, and your federal arrest will book you into the federal prison system. As noted, federal prosecutors from the U.S. District Attorney's Office will charge your DUI in federal court. And unelected federal judges will decide your case without any jury.

The federal government owns and controls lots of land within California, where these federal DUI laws apply. California has some of the most popular national parks including the following:

There are also enormous national forests that cover one-fifth of all of California. Also, there are numerous federal buildings and roads where you could find yourself being charged with DUI, such as:

A DUI on any of these lands could subject you to federal criminal charges.

If a federal court finds you guilty of a federal DUI under these laws, then you may also face enhanced penalties under Section (b)(2) of the federal borrowing statute 18 U.S.C. § 13 if your federal DUI caused serious injury or death to another or involved a minor passenger in your vehicle:

If you face federal charges for a DUI crime occurring in California, then retain an experienced defense attorney who has substantial federal court experience.

You need a lawyer who knows not just California DUI law but also federal rules, procedures, forums, and personnel. The stakes are high with a federal DUI charge. 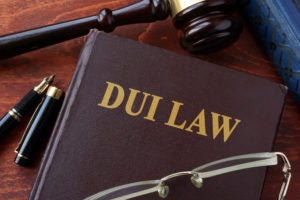 Whether you are facing state or federal driving under the influence charges, there are normally several possible legal defenses we can use on your behalf to obtain a favorable outcome.

We need to first review all the details to determine an appropriate strategy.

We may be able to negotiate with the federal prosecutor for a positive resolution on the DUI case.

Eisner Gorin LLP is located in Los Angeles County and you can contact us for an initial consultation at 877-781-1570, or fill out our contact form.