Theft of trade secrets, which is also known as economic espionage, can occur in a variety of ways, but the underlying crime is always converting a trade secret to their own benefit. This federal offense has become common by private companies across the United States.

In response, the U.S. Attorney's office has stepped up their efforts to fight corporate espionage and the loss of valuable business information. The term “trade secrets” is a broad terms and covers taking unlawful possession of physical property and proprietary computer programs. 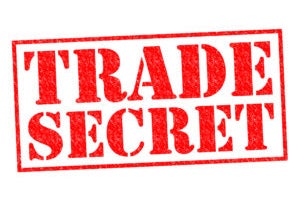 The primary purpose of this statute is to prevent companies from losing crucial innovation advances to local companies or in other countries.

It's charged as a federal crime in cases where the product or service is used for interstate or foreign commerce. An important element of this crime is that the perpetrator knows their crime will cause some type of injury or loss to the owner of the trade secret.

Section 1832 of Title 18 of the United States Code establishes the federal criminal offense of theft of trade secrets. Trade secrets constitute some of the most valuable intellectual property owned by companies and individuals.

By their very nature, trade secrets are only valuable by virtue of their confidential and proprietary status.  Once the secret becomes public, the economic damage to the inventor or owner of the trade secret will be immediate and substantial.

The theft of trade secrets is therefore a serious white collar criminal offense which gives rise to prosecution in federal court. Our federal criminal defense attorneys are providing an overview below.

Under Section 1839, a trade secret is any form or type of financial, business, scientific, economic or engineering information, including patterns, plans, formulae, designs, prototypes, techniques, processes, copyright, etc. which the owner has (1) taken reasonable steps to keep secret, and (2) has independent economic value because of being secret.

It is also important to note that to qualify as a true trade secret, the information cannot be readily ascertainable by third parties through proper means, i.e. reverse engineering or simple observation of final products introduced into commerce.

The definition of trade secret, as we can see, is quite broad. It can be any tangible or intangible piece of information which is economically valuable because its owner keeps it secret.

Paradigmatic examples of trade secrets include the secret formula for a popular soft drink and the engineering process required to make smart phones with certain functionality.

If company A devotes ten years and millions of dollars to developing a certain formula or process but company B is able to come in at the very end and simply apply the finished formula to produce its own goods in competition with company A, this would create a massive disincentive for company A to attempt to innovate in the future.

What Must the Federal Prosecutor Prove?

Section 1832 addresses the theft of trade secrets. To prosecute someone under 18 U.S.C. § 1832, the government must prove six elements.

Third, the information must have in fact been a trade secret as previously defined by Section 1839.  Fourth, the defendant must have intended to exploit the stolen trade secret for the benefit of someone other than the original owner.

Fifth, the defendant must have known or intended that the original owner suffer some economic harm from the theft.  Finally, the trade secret must have been related to a product which was placed in interstate or international commerce.

The final requirement simply gives the federal government jurisdiction as purely intrastate commerce is not addressed by federal criminal law.

The other elements, taken together, provide a fairly common-sense rule for when a trade secret theft can be prosecuted as criminal conduct under federal law.

A violation of Section 1832 is a serious criminal offense carrying stiff penalties. Anyone who steals trade secrets, or receives stolen trade secrets knowing that they were unlawfully obtained, can be punished by a maximum of 10 years in federal prison plus fines.

The fines applicable under this section can be severe. Any organization who engages in theft of trade secrets will be fined up to $5,000,000 or three times the value of the trade secrets in question, whichever is greater.

As you can imagine, some trade secrets are worth billions of dollars, making the potential for a fine consisting of three times this value extremely severe.

This fine is a disincentive for business competitors to attempt to profit from either stealing directly or later purchasing stolen trade secrets.

It is a defense to 18 U.S.C. § 1832 theft of trade secret charge if you have reverse engineered the trade secret.

The United States Supreme Court determined that the law doesn't protect the owner of a trade secret from discovery by honest means, such as an independent invention or by reverse engineering. Parallel development of products or ideas not a theft of trade secret violation.

Economic espionage allegations are a serious issue. Trade secrets are essential and the federal government will aggressively investigate and prosecute these type of cases.

Our federal criminal defense law firm has successfully defended all type of federal offenses and we understand how prosecutors will attempt to build their case against you.

If you have been accused of theft of trade secrets case, we will review the details of the case and start developing a strategy to obtain the best possible outcome.

If you, or someone you know, is under investigation for or has already been charged with theft of trade secrets in violation of federal law, contact our experienced federal criminal defense attorneys for an initial consultation.