Use of a Criminal Informant in Federal Crime Investigations

If you are under a federal criminal investigation or already charged with a crime, you are probably seeking ways to obtain the best possible outcome. Federal criminal sentences are typically severe and can permanently change your personal and professional life. Depending on the type of federal crime you are facing, you might believe there is little chance at avoiding severe punishment.

Federal law enforcement agents are well aware of your situation and will often provide you with an opportunity to avoid the most serious penalties by asking you to become a confidential informant. 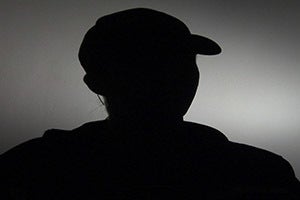 A criminal informant is commonly known as a “confidential informant,” or simply a “CI,” who are individuals who make the decision to assist federal law enforcement agents make arrest of other people involved in criminal activity.

The primary motivation of a criminal informant is to provide  information in exchange for some leniency in a criminal case pending against them.  The CI is normally expected to provide federal agents with significant assistance in helping them make an arrest.

In many cases, it means not just providing the agents with some information about criminal conduct of others, but also taking a lead role in helping them collect evidence by wearing a wire or participating in “controlled buys” of illegal drugs.

For example, the informant could make an agreement with federal agents to participate in a specific number controlled buys that result in arrest in exchange for getting their criminal charges reduced or dismissed.

It should be noted federal agents won't usually make an agreement where the informant only assist them one time for just one arrest. In most cases, the criminal informant will be asked to assist federal agents for several months, or years, before they will agree to a “deal” to help them with their case.

To give readers a better understanding of confidential criminal informants and helping people decide whether they should cooperate with agents, our federal criminal defense lawyers are providing an overview below.

Exchange of Information for a Promise of Leniency

It's not a secret that being convicted of a federal offense often carries severe penalties. There are situations where federal agents might offer a deal for someone to act as a criminal informant.

In exchange, the informant will usually be given a promise of leniency or some type of probation, rather than receiving a severe criminal penalty federal judge would typically impose under the Federal Sentencing Guidelines.

Due to the severe penalties that are mandated by these Guidelines, which include mandatory minimum prison sentences, there are people who have been accused of committing a federal crime who make the decision to become an “informant” in an effort to avoid these severe penalties.

There are several situations where it proves beneficial for someone to become an informant in a federal criminal case.  However, it should be noted, there are also some drawbacks on becoming an informant.

In other words, it's not always an easy decision and anyone who is considering becoming an informant needs to have a clear understanding of the benefits and risks.  You should always consult with a federal criminal defense lawyer before making any decisions.

How to Become a Federal Confidential Informant

If you were arrested for a what is considered a minor federal crime, you might be offered an opportunity to become a federal criminal informant in order to get your charges reduced, receive probation, or even a case dismissal.

This type of offer is actually very common for a first time offender who has no prior experience in the federal criminal justice system. You could be given the chance to work as a CI in a plea deal with the prosecutor after you were arrested for a federal crime, or it might be offered during questioning by federal agents before charges were filed.

Most people who make the decision to become a criminal informant are usually facing a severe prison sentence for their criminal charges. In many ways, it can provide you with a second chance and should at least be considered if the offer was made by federal agents or prosecutors.

Every situation is unique and it might be worth the risk, but there are situations where it might not be worth it. You attorneys should be able to give you a list of advantages and disadvantages.

There are situations where federal law enforcement agents from the Federal Bureau of Investigation (FBI), or the Drug Enforcement Administration (DEA) will offer someone who is a suspect in a federal conspiracy crime to become a confidential informant.

A “conspiracy” by definition means two or more people involved in criminal activity. Clearly, the goal of offering someone the chance to become an informant in a conspiracy case is to get information about others involved in the alleged criminal conduct.

Federal investigators are typically the initial source of offering someone the chance at becoming an informant. In most case, this offer is made during initial questioning or it could come later in the process.

The normal agreement is to help agents with a certain amount of criminal investigations or arrest. If you fail to complete you end of the agreement, the deal will be voided and you will be charged and sentenced under the original case.

Role of a Criminal Informant

A criminal informant can play a primary play role in federal criminal cases. Their main purpose is to provide assistance to federal law enforcement agents in obtaining information and evidence against other suspects believed to be involved in committing federal crimes.

The information they provide can help agents make arrest and prosecute others in a federal criminal courthouse. In most cases, anyone seeking leniency in their own criminal cases by acting as an informant are expected to play a primary role in a criminal investigation.

In other words, agents will usually expect you to be an activate participant in their federal criminal investigation. You could even be assigned specific duties to perform as part of the agreement.

Possible Benefits and Risks for a Criminal Informant

There are several possible benefits for anyone who decides to act as confidential informant in a federal criminal case. The most obvious is that there is a chance of getting the criminal charges reduced or dismissed. Also, it could help you to keep your criminal record clean. It's also a chance to expose large-scale criminal activity that impact countless people, such as massive drug operations.

It also gives you to the opportunity to avoid the most severe penalties that can be imposed by a federal judge that are normally severe under the Federal Sentencing Guidelines. Federal sentencing is much higher in federal case as opposed to a state-level conviction.

Of course, there are also many possible risks on becoming a federal criminal informant. For example, even though your identity is supposed to be protected, it might get leaked during the investigation. This could place you in obvious danger of retaliation.

Also, if you are asked to participate in a controlled drug buy as a criminal informant, you could be placing yourself in a dangerous situation. It's not always possible for federal agents to guarantee your safety.

You also need to consider that you might not receive all the benefits you expected for your role as acting as an informant. This is especially true if federal agents don't believe you fulfilled all the terms of the original agreement.

Why You Need an Experienced Federal Criminal Lawyer

Due to all these factors discussed above, you need to consult with an experienced federal criminal defense attorney in order to help you make the decision on whether becoming a criminal informant is worth the risk on your specific case. We can review your situation and help you decide if acting as a confidential informant is in your best interest.

An agreement with federal agents to become a criminal informant can be complex. Thus, before making such a decision, call our law firm so we can explain the benefits and risks in your unique federal case.  Our federal criminal defense lawyers have extensive experience in negotiating with a federal prosecutors and federal law enforcement agents.

You should never make an agreement to become a confidential information without first reviewing the details with a lawyer. These type of agreements can become very complex and you might not understand what you are agreeing to.