Sex trafficking typically involves transporting people across international borders to engage in sexual activity. Any type of human trafficking is obviously illegal and carries severe legal penalties, but sex trafficking cases are considered a very serious offenses and federal law enforcement and prosecutors will aggressively investigate and pursue convictions for these type of sex offenses. 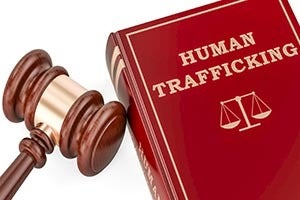 After they are inside the United States, the traffickers will provide them with some type of employment and will tell them they must work to pay for the expenses of getting them inside the country. In most cases, they are told they have to work until their debt is paid, but the wages are so low they can't fully pay the full amount the traffickers are seeking.

In sex trafficking cases, the victims are usually forced to engage in prostitution to pay the alleged debt. They are often underage girls who are coerced to work in a brothel where the traffickers are able to maintain control over their activity.

To give readers a better understanding on human trafficking and sex trafficking laws, our federal criminal defense lawyers are providing an overview below.

Most federal human trafficking cases involves moving people across a state or international border, which is why it this crime falls under federal jurisdiction. Federal criminal charges are prosecuted in a federal court, which is much different than a state-level prosecution.

This is why you must retain a federal criminal attorney with experience in defending cases in federal courts. Let's review some of the federal laws that deal with the crime of human trafficking and related offenses.

More importantly, it also makes human trafficking a crime that a federal prosecutor can charge someone under the Racketeering Influenced Corrupt Organizations statute which is commonly known as a “RICO” violation.

In addition, the TPVA gives the judge the authority to order a defendant to pay restitution to their human trafficking victims and it gives them the right to pursue civil damages against the defendant. The relevant laws that make this type of conduct a federal crime are found within 18 U.S.C. Chapter 77.

18 U.S.C. 1581 prohibits human trafficking and other crimes and describes legal punishments for anyone who is convicted of forcing another person to perform labor, sex trafficking children; and selling people. The penalties under the statute are severe, including life in a federal prison.

18 U.S.C. 1583 outlines penalties for up to 20 years in prison for a defendant who is convicted of kidnapping another person for slavery. 18 U.S. Code § 1589 defines the crime of forced labor.

18 U.S.C. 1584 outlines penalties for up to 20 years in prison for a defendant who is convicted of holding someone or selling them in involuntary servitude. If serious bodily injury or death occurs, or the crime involved kidnapping or sexual abuse, the defendant could be sentenced to life in a federal prison.

22 U.S.C. 7102 prohibits sex trafficking, which is described as a commercial sex act induced by force, fraud, or coercion, or recruitment, harboring, transportation, or obtaining someone for labor or services, or coercion for the purpose of subjecting them to involuntary servitude, peonage, debt bondage, or slavery.

If convicted of a federal sex trafficking offense, the penalties will vary depending on a variety of different factors. This includes how much the defendant participated in the sex trafficking.

For instance, if the federal prosecutor is able to prove a defendant just played a role in preparing to send a sex trafficking victim to the United States, they could face a sentence of seven years in a federal prison.

If the federal prosecutor can prove the defendant directly participated in the sex trafficking offense, they could be sentenced to up to 20 years.

If the sex trafficking offense involves a situation where the defendant sexually assaulted the victim, or it can be shown they were forced to engage in sexual related activity without consent, they could be sentenced to life in a federal prison.

However, like all criminal accusations, the federal prosecutor will be required to prove all the elements of the crime, beyond any reasonable doubt.

This is why you need an experienced federal criminal lawyer who has the skills to recognize weaknesses in the case and who can effectively present this information to a jury. If your attorney can create reasonable doubt, then you have a much better chance at avoiding a conviction.

Your defense lawyer also must be familiar with federal laws and procedures, which are much different than a state-level prosecution. Our experienced lawyers can develop a strong defense strategy and may be able to challenge crucial evidence in the case.

We can negotiate with the federal prosecutor for a lesser offense or might be able to persuade them there is insufficient evidence to convict and dismiss the case.

We are skilled negotiators can may be able to reach a favorable plea bargain, depending on the specific details of the case.  Human trafficking and sex trafficking case have a variety of possible defenses, but we need to closely examine all the details in order to develop an appropriate strategy.

Eisner Gorin LLP is a nationally recognized criminal defense law firm that represents clients throughout the United States against any type of federal offenses. We are located at 1875 Century Park E #705, Los Angeles, CA 90067. We also have an office in the San Fernando Valley at 14401 Sylvan St #112 Van Nuys, CA 91401. Contact us to evaluate your case at 877-781-1570.