Accordingly, the amount of discovery materials which are turned over must be reviewed by a federal criminal defendant and their attorney is often substantial. This article focuses on several important aspects of the federal criminal case discovery process. 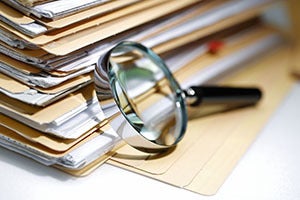 In a federal criminal case, discovery normally begins after a defendant has been arraigned. At the arraignment, the defendant's criminal defense lawyer and the federal prosecutor might sign a discovery agreement.

This agreement lays out the deadlines for the prosecutor to disclose the types of material that is discoverable and the deadlines are usually close to trial date.

Seasoned federal defense lawyers will normally negotiate for early disclosure in order to give them sufficient time to review the documents and other disclosures to prepare for trial.

How criminal discovery in federal cases is produced will typically vary by the jurisdiction as well as the type of case.  In most cases, the prosecutor will just send the federal criminal lawyer the hard paper documents, or through electronic communication.

There are situations where there is sensitive information or vulnerable witnesses. In such as case, the prosecutor might not produce actual documentation, rather they will require the criminal lawyer to review this information at the prosecutor's office.

Discovery in federal criminal cases is usually more than one exchange at the arraignment. In most cases, the production of discovery will continue throughout the case, and even into the trial.

It's crucial for the defense lawyer to closely monitor any potential abusive discovery practices by the prosecutor and to voice any suspicious practice with the federal judge.

To give readers more detailed information about the discovery process, our federal criminal defense attorneys are providing a review below.

The federal criminal defendant's right to inspect the government's evidence against them is deeply rooted in the traditions and laws of the United States. The Fifth Amendment to the United States constitution protects the right of the accused to due process of law.

This includes being entitled to understand the evidence which will be presented by the government should the case proceed to trial.

In this way, “trial by ambush,” is avoided whereby the defendant hears about the evidence of their guilt for the first time when sitting before the jury at a trial.

The landmark case of Brady v. Maryland codifies the government's obligation to provide material, exculpatory evidence to the defense before trial. The two prongs of the Brady standard are often litigated between the parties in a federal criminal case.

To qualify as a required disclosure, the evidence at issue must be material. This means that it is relevant and important to the issues in the case.

The government may come into possession of a significant amount of evidence during a law enforcement investigation which is relevant only to tangential issues which have little or nothing to do with the charges against the defendant.

This material is not required to be turned over. The evidence covered by Brady must also be exculpatory. This means that it will benefit the defendant's case and tend to exculpate them, which is the opposite of inculpating, or incriminating, him or her.

Subsequent cases have extended the Brady standard to evidence which impeaches, meaning undermines the credibility of, a witness. Imagine the following scenario.

The government has a witness who claims to have personally observed the defendant buying drugs in a large quantity. The government intends to call this witness at trial as his testimony will be very probative of the issue of the defendant's guilt.

However, during the course of its investigation, the government learns that the eye witness was previously convicted of perjury and lying to law enforcement in a sworn report.

Therefore, the government is obligated to turn over its information to the defendant about the witness' prior conviction.

Rule 16 of the Federal Rules of Criminal Procedure is a primary source that governs discovery in federal criminal cases.  Under this Rule, after a defendant makes a demand on the prosecutor, they are required to produce the discovery.

It should be noted that once a defendant invokes Rule 16 for discovery, the prosecutor can demand the same from the defendant.

The Jencks Act under 18 U.S.C § 3500 is also a source of discovery for federal criminal defendants. Under this Act, the prosecutor who is calling a witness is required to produce any recorded statements in reference to their testimony.

18 U.S.C § 3500 is a demand for production of statements and reports on witnesses. For instance, let's say the prosecutor calls an alleged victim to testify about a fraud crime and they have a recording or a report of a prior interview with the victim about the fraud. Then, the prosecutor is required to produce this information to the defendant.

It should be noted that the Jencks Act only applies to recorded statements. This means if the victim was previously interviewed, but it was not recorded or any notes written down, then the prosecutor is not required to turn over information about the interview.

Federal criminal case discovery is often produced in multiple productions. This process can last months or even years.

Unlike state cases which frequently feature a few witnesses, typically law enforcement officers, federal investigations often span years and involve sophisticated techniques such as wiretaps, electronic surveillance, undercover operations, and the involvement of cooperating witnesses. Whether and when any of this information is turned over to the defense is often a point of legal contention between the parties.

When the parties cannot agree on whether the government is obliged to turn over a certain piece of evidence in discovery, the appropriate procedure is for the defense to file a motion to compel discovery with the court.

Ultimately, the court has authority to enforce the government's discovery obligations on it by ordering the government prosecutors to disclose information to which the defense is entitled.

Because it is in no one's interest for the government to secure a conviction based on a failure to turn over required discovery, which may very well result in the conviction being overturned and necessitating a second trial, the court and the parties share an interest in fully litigating any discovery issues before the case proceeds to a jury trial.

If you or a family member is under investigation for or has been charged with a violation of the laws of the United States, contact our team of experienced federal criminal defense attorneys for an initial consultation.

Eisner Gorin LLP is a criminal defense law firm based in Los Angeles County at 1875 Century Park E #705, Los Angeles, CA 90067. We represent clients throughout the United States against any type of federal offense. Contact our firm for an immediate consultation at 877-781-1570.