For all intents and purposes, piracy is an international crime—that is, it's a crime to commit piracy anywhere in the world. That being said, the U.S. government has enacted specific laws about crimes of piracy and how these crimes are punished. 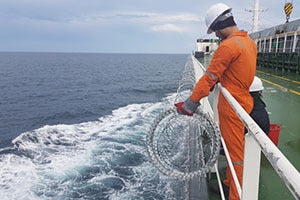 These laws are codified in Title 18 U.S. Code Chapter 81. While piracy is rare in American waters nowadays compared to other parts of the world, the federal government still holds it among the most serious of crimes—to the point that many acts of piracy carry an automatic sentence of life imprisonment.

18 U.S. Code § 1651 says, “whoever, on the high seas, commits the crime of piracy defined by the law of nations, and is brought into or found in the United States, shall be imprisoned for life.”

18 U.S. Code § 1658 says, “whoever plunders, steals, or destroys any money, goods, merchandise, or other effects belonging to any vessel in distress, or wrecked, lost, stranded, or cast away, upon the sea, or upon any reef, shoal, bank, or rocks of the sea, in any other place within the jurisdiction of the United States, will be fined and face up to ten years in prison, or both.”

Any piracy and privateering could result in federal criminal charges with severe penalties. These types of federal offenses are often complicated because both United States and international laws could be filed based on the case's specific details. Our federal criminal defense lawyers will examine this topic in more detail below.

The United Nations Convention on the Law of the Sea (UNCLOS) has crafted an international definition of piracy as “any illegal acts of violence or detention, or any act of depredation, committed for private ends by the crew of the passengers of a private ship or a private aircraft...on the high seas against another ship or aircraft...[and] any act of voluntary participation [in a pirate ship].” 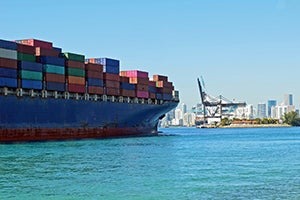 In plain English, the international crime of piracy involves any act of murder, robbery, criminal violence, or hostage-taking on the “high seas”—that is, in (or over) international or territorial waters rather than within specific national boundaries.

The traditional definition of piracy involved violent crimes committed on ships and boats, but the modern definition now includes aircraft flying over the seas.

This international definition is important because the U.S. government refers to it in 18 U.S.C. Chapter 81 as the “law of nations” when defining piracy in general.

Under U.S. law, any of the following persons may be prosecuted for piracy via 18 U.S. Code Chapter 81:

In addition to the crime of piracy, this federal statute also addresses a related concept known as “privateering.” While privateering is similar to piracy in that it's an illegal act committed at sea for private gain, there are a few key distinctions.

First and foremost, privateers are authorized by their governments to commit such acts, whereas pirates are not. Secondly, marauders typically attack enemy vessels during wartime as part of an official war effort (hence the “private” in privateering), while pirates attack vessels indiscriminately.

What Are Acts of Piracy?

The federal government identifies numerous activities categorized as acts of privacy or privateering. These include, but are not limited to:

What Are the Penalties for Piracy?

Piracy is punished quite severely under U.S.C. 81. Most overt acts of piracy come with a mandatory minimum of life imprisonment, while most others carry a maximum of 10 years in prison—not to mention hefty fines in many cases.

Penalties for crimes of “participating in piracy” come with a maximum prison sentence of 10 years. Examples include, but are not limited to:

The penalty for overt acts of piracy is life imprisonment. Examples include:

The less “serious” crime of piracy, corrupting seamen, and confederating with pirates (18 U.S.C. § 1657), comes with a maximum prison sentence of 3 years. 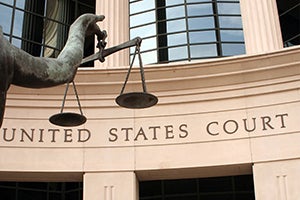 Other crimes of piracy could loosely be categorized as “participating in piracy” and “overt piracy.”

If you or a family member is under investigation or already indicted for piracy under United States Code, Title 18, Chapter 81, contact our experienced team of federal criminal defense attorneys to review the case and discuss legal options.

Through negotiations with the federal prosecutor, it might be possible to work out a favorable resolution. If guilt is not in question, then perhaps pursuing a plea agreement is the best strategy, but we are prepared to take the case to trial if necessary.

Eisner Gorin LLP is a top-ranked criminal defense law firm that offers legal representation for federal issues throughout the United States. You can contact our office by phone or fill out the contact form.