What Are False and Coerced Confessions?

The U.S. Constitution provides explicit protections that citizens shouldn't be compelled to testify against themselves when charged with a crime. And yet, false and coerced confessions are an ongoing problem within our criminal justice system.

According to one report, as many as 27 percent of people accused of murder had falsely confessed to the crime—in many cases due to questionable interrogation tactics by police or pressure by prosecutors to accept a plea deal. A confession can be a critical piece of evidence in any criminal trial. Many cases are decided solely based on a confession. 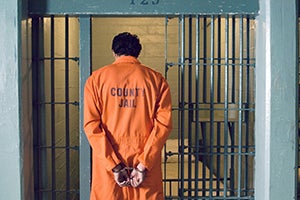 Federal law gives you the right not to incriminate yourself to the point that a false or coerced confession is legally not admissible as evidence.

However, in the real world, giving such a confession can put your constitutional rights in danger. False confessions can have devastating consequences; innocent people have been convicted and executed based on bogus confessions.

A coerced confession is an involuntary confession often resulting from overzealous law enforcement conduct instead of a suspect's free will. It's involuntary because the admission was not made freely by choice but rather as the result of duress.

Confessions from coercion by police sometimes result in an alleged suspect confessing to a crime they did not commit. Federal courts typically exclude any confessions they determine were involuntary. Inadmissibility from evidence is part of the due process clause of the Fourteenth Amendment to the federal constitution.

What Are the Federal Protections?

The Constitution protects citizens from being forced to incriminate themselves. This includes confessions that are coerced or given under duress. For a confession to be admissible in court, it must be given voluntarily.

The federal right of U.S. citizens not to testify against themselves is derived from the Fifth Amendment to the U.S. Constitution, which reads as follows:

The rights listed here that apply to false and coerced confessions are that a citizen cannot be "compelled in any criminal case to be a witness against himself" and "without due process of law."

We typically think of the Fifth Amendment in the context of declining to answer a question on the witness stand to avoid incriminating oneself, a practice we call "pleading the Fifth."

However, this right also applies to interrogations by police and prosecutors outside the courtroom, explicitly regarding confessions that are coerced or given under duress. For a confession to be admissible in court, it must be given voluntarily. While they overlap, there is a difference between a false and a coerced confession. Let's examine each more closely.

What Is a False Confession?

A false confession is an admission of guilt for a crime that the person did not commit. People may make false confessions for a variety of reasons, including the following:

What Is a Coerced Confession?

A coerced confession is a statement given due to improper pressure from law enforcement, whether or not the confession is true. Coercion can come in the form of physical threats or mental manipulation.

For example, an interrogator might tell a suspect that if they confess, they will be able to go home, when in reality, the suspect will not be released, regardless of whether they admit it. 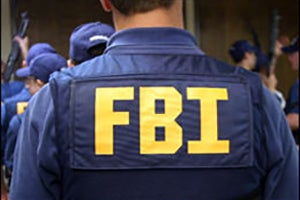 Coerced confessions may be false, true, or unreliable. In the context of coercion, the person may become convinced that they committed the crime, even though they didn't. Coerced confessions are more likely to happen during poorly conducted interrogations or when interrogators use improper techniques.

Compliant false confessions occur when a suspect confesses because they only want to end the stressful police interrogation or believe that a confession will result in their release from custody or result in lesser punishment. These are called “compliant” because police attempt to get suspects to agree that they committed the crime.

A persuaded false confession occurs when a suspect starts to doubt their own memory. In other words, they become temporarily influenced by the police that it's more likely than not that they committed the crime, even though they have no memory of committing it.

Voluntary false confessions are often the result of a mental disorder, such as believing they will become famous if they confess to the crime. They could also be made in an attempt to protect another person.

What Interrogation Techniques Lead to False and Coerced Confessions?

There are a variety of questionable interrogation techniques that have been shown to lead to false or coerced confessions. These techniques include, but are not limited to:

Are Coerced Confessions Admissible in Court?

Constitutionally and backed by case law, coerced confessions are considered inadmissible in court—even if the confession was true. Coerced confessions violate your right not to be compelled to testify against yourself, and coercive tactics are a denial of due process under the law. 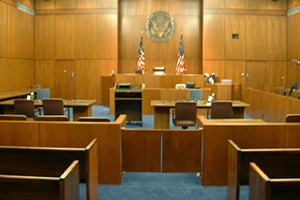 Due process requires that defendants be treated fairly throughout the criminal justice process, ensuring that only reliable evidence is used against them at trial. A coerced confession is considered unreliable evidence.

Our criminal defense lawyers can help you in cases that involve false or coerced confessions. The first step is to prevent them from happening. If you are a suspect being interrogated by police, you should exercise your Miranda rights and not make incriminating statements. In other words, politely refuse to answer any questions until you have consulted with a lawyer.

If you already have given police an involuntary confession, we might be able to file a motion to suppress to exclude it from evidence. If you believe police used unlawful coercive techniques during questioning, contact us to review all the details and legal options.

Eisner Gorin LLP is a Los Angeles-based criminal law firm that provides legal representation across the state. You can contact us via phone or by using the contact form.