Our transportation systems and facilities, otherwise known as "carrier facilities,” are critical to interstate and foreign commerce in the United States.

Therefore, the federal government has enacted laws to protect these systems and facilities from vandalism, theft, and other crimes. In particular, Title 18 U.S. Code 2117 makes the breaking or entering of carrier facilities a federal crime. 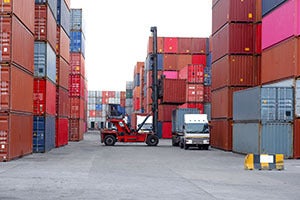 18 U.S.C. 2117 says, “Whoever breaks the seal or lock of any railroad car, vessel, aircraft, motor truck, or other vehicle or pipeline system, containing interstate or foreign shipments of freight or express, or enters any such vehicle with intent to commit larceny, shall be fined or imprisoned for up to ten years, or both.”

Put simply; the federal statute says that anyone commits a crime when, with intent to commit a felony or theft, enters or remains within a structure designed for use as a “carrier.” It describes the theft of cargo at a carrier transport facility.

Criminal intent is a conscious decision to deliberately or negligently engage in an illegal action, often referred to as intent to commit a felony or theft.

The Federal Motor Carrier Act of 1935 describes a motor vehicle carrier as “the means anyone who undertakes directly by lease, the transport of passengers, property for the general public in interstate or foreign commerce.”

Further, Congress passed a new law under the same statute to penalize anyone if their federal charges are related to the theft of medical products.

To be convicted of breaking or entering carrier facilities, federal prosecutors must prove all the crime elements beyond a reasonable doubt to obtain a conviction.

You could face up to 20 years in federal prison if convicted under this law. Our federal criminal defense lawyers will review this statute further below.

The term "carrier facility" is far-reaching and is defined as "any railroad car, vessel, aircraft, motor truck, wagon or other vehicle or of any pipeline system, containing interstate or foreign shipments of freight or express or other property."

EXAMPLE 1: Arnold and Sara sneak up to a beer delivery truck parked overnight and break the lock to swipe a case of beer. Arnold and Sara are guilty under 18 U.S.C. 2117 because they broke into a truck engaged in interstate commerce.

EXAMPLE 2: John climbs through an open window of a ship docked at the port. Once on board, he begins rummaging through some containers, looking for valuables. John has committed the federal crime of breaking or entering a carrier facility because he entered a vessel engaged in interstate or foreign commerce.

EXAMPLE 3: George is homeless. On a cold night, he breaks into a railroad car at the train yard to find a place to sleep. While George could be charged under other laws, he is not guilty under 18 U.S.C. 2117 because he did not enter the carrier to steal.

What Are the Exceptions to the Rule?

While there is no instance in which breaking and entering a carrier facility is legal, there are two specific situations in which this particular law does not apply:

Another exception is when a state has already prosecuted you for the crime. 18 U.S.C. 2117 specifies that the federal government can't charge you for it if you've been tried under state law and convicted or acquitted for breaking that state's carrier entry laws.

If you've been charged with breaking or entering a carrier facility, you should immediately seek the help of an experienced federal criminal defense attorney.

While the penalties for a conviction under this law are serious, defenses may be available to you that could lead to a dismissal or reduction of charges. Some possible reasons are discussed below. 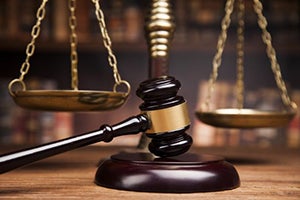 Maybe there was a mistake of fact. If you reasonably believed that you had permission to enter the carrier facility, you may be able to avoid a conviction.

Perhaps you were already tried under state law. While it's not technically double jeopardy if federal and state governments try you for the same crime, this law makes an exception. If you've already been tried and convicted or acquitted of breaking a state's carrier entry laws, the federal government cannot prosecute you for the same offense.

Perhaps we can argue that there was an improper search and seizure. If the government obtained evidence against you through an illegal search and seizure, that evidence might not be admissible in court. This could lead to a dismissal of charges.

Maybe we can prove entrapment by federal agents showing they unlawfully persuaded you to commit a crime you would have otherwise not committed.

When guilt is not in doubt, negotiation with the federal prosecutor is possible for a favorable plea bargain.

The criminal defense law firm of Eisner Gorin LLP is located in Los Angeles, California. We offer legal representation throughout the United States on federal criminal issues. Contact us for an initial case review via phone or fill out the contact form.