What is Bankruptcy Fraud Under Federal Law?

Bankruptcy is a provision in U.S. law that allows companies and individuals to obtain court protection from creditors and receive full or partial debt relief when they are overwhelmed and unable to pay their debts. In other words, they are designed to protect anyone struggling with a large debt.

But when people abuse this provision by filing bankruptcy dishonestly for fraud or to gain an unjust advantage, it's a federal crime. 18 U.S. C. § 157 criminalizes making false statements or representations with intent to commit fraud in the bankruptcy process. 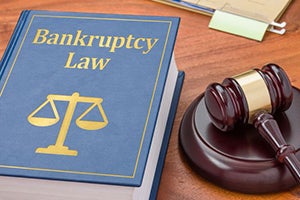 Simply put, if you knowingly abuse protections by making false statements on a bankruptcy filing or conceal or transfer the assets to prevent distribution to creditors in your bankruptcy plan, you could potentially be facing federal bankruptcy fraud charges.

Bankruptcy is a process under federal law where debtors who are currently financially unable to pay their obligations and won't have a realistic ability to do so in the future start over by discharging their debts.

However, any creditors who have loaned the debtor money are protected to the most possible extent through the equitable distribution of the debtor's remaining assets.

The federal bankruptcy statutes are supposed to encourage honesty and transparency in the bankruptcy proceedings to ensure a significant portion of the debtor's estate is distributed to the unpaid creditors.

Just as the bankruptcy process is intended to help those in sincere financial distress, some people attempt to misuse and abuse the system through bankruptcy fraud.

If you're charged with this crime and are convicted, you could be facing steep fines and prison time. Our federal criminal defense lawyers will examine this statute in greater detail below.

The crime of bankruptcy fraud is embodied in Title 18 U.S. Code § 157. This federal law prohibits anyone from knowingly filing a bankruptcy petition or related document with the intent to defraud creditors or the court.

As with all fraud-related offenses, the primary issue to consider by federal prosecutors in a bankruptcy fraud case is whether or not the defendant possessed fraudulent intent.

Generally, someone acts with fraudulent intent where they take deliberate action, such as making a claim either orally or in writing that they knew at the time was false or misleading.

Further, perhaps they believed the person reading the claim would be deceived, and based on their mistaken belief, they would be persuaded to make a decision that would benefit the person making the fraudulent statement.

What Are Some Common Examples of Bankruptcy Fraud?

There are many different actions and behaviors involving the filing of bankruptcy petitions that can be considered bankruptcy fraud. Let's look at a few of the most common.

This is by far the most common form of bankruptcy fraud. When you file for bankruptcy, you must disclose all of your assets to the court. This includes money in bank accounts, real estate holdings, investments, and personal property. During the bankruptcy process, the court will use these assets to determine how much of your debt you can pay and distribute to your creditors accordingly. 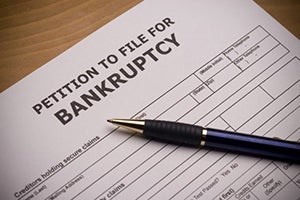 But some people try to conceal assets by putting them in the names of friends or relatives, setting up fake businesses to hide ownership, placing them in offshore accounts, etc.

Hiding the Value of Your Assets

Correctly declaring the value of your assets is just as important as disclosing their existence when you file for bankruptcy. You must list the fair market value of all your assets, but some people try to undervalue them to keep more of their property and pay less to creditors.

Another common form of bankruptcy fraud is making false statements on your bankruptcy petition or related documents. This includes lying about your income, expenses, debts, assets, or business interests.

It also encompasses providing false information to your bankruptcy trustee or creditors. For example, if you're self-employed and trying to hide income, you might falsely report your business expenses to reduce the taxes you owe.

A bankruptcy petition mill is a business that helps people file for bankruptcy fraudulently. These businesses typically charge fees to help people hide assets, transfer property to friends or relatives, and file fraudulent petitions in court.

They might also encourage their clients to file for bankruptcy multiple times to delay or avoid repaying debts. If you set up or run a petition mill to promote fraud bankruptcy, you can be charged with this crime yourself.

What Are Some Related Federal Offenses?

What Are the Legal Penalties?

The penalties for Section 157 bankruptcy fraud depend on the nature and severity of the offense. The federal sentence imposed upon a defendant can vary dramatically depending on the following:

In most cases, it's a felony offense punishable by up to 5 years in federal prison and a fine of up to $250,000. However, as noted, the U.S. Sentencing Guidelines give federal judges broad discretion to impose sentencing below these maximums, taking into account any mitigating factors, downward departures, including your prior criminal record, and other considerations.

What Are the Defenses for Federal Bankruptcy Fraud Charges?

If you or a family member is under investigation or already indicted for 18 U.S.C. § 157 bankruptcy fraud, contact our federal criminal defense attorneys for an initial case consultation.

When tying you for bankruptcy fraud, the main challenge for federal prosecutors in procuring a conviction is proving intent. The law states that someone can only be guilty of bankruptcy fraud for "having devised or intending to devise a scheme or artifice to defraud..." 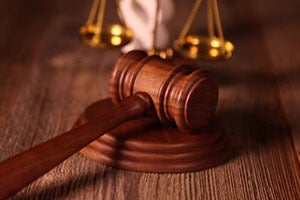 Thus, the most compelling defense against charges of bankruptcy fraud is that you did not have any fraudulent intent when you filed for bankruptcy or took the actions in question.  For example, perhaps your paperwork was filled out inaccurately instead of making false statements or committing perjury.

Perhaps you genuinely forgot to add that bank account or that you had part ownership in a piece of property. If prosecutors cannot prove you had an intent to defraud, they cannot convict you of the crime.

The statute of limitations for most federal bankruptcy fraud cases is five years, meaning the federal prosecutor must file charges within this time frame.

Perhaps we start a pre-indictment plea negotiation with the government's attorneys, a post-indictment negotiated settlement, or we can take the case to a jury trial in federal court if necessary.

Eisner Gorin LLP is a top-ranked criminal defense law firm in Los Angeles, California. We provide legal representation to people facing federal issues across the United States. You can reach us for ab initial case review by phone or use the contact form.