When Government Corruption is Not Criminal – Kelly v. United States

The George Washington Bridge (GWB) is the busiest motor-vehicle bridge in the world. For four days in September of 2013, vehicle lanes entering the GWB from Fort Lee New Jersey were shut down causing the town's streets to come to a standstill.

The traffic in Fort Lee rivaled that of 9/11 when the GWB was shut down completely. School buses stood in place, an ambulance struggled to reach a heart attack victim, and police had trouble responding to a report of a missing child.

The reason for this chaos came to light during the trial in the case of United States v. Bridget Anne Kelly. Kelly was a Deputy Chief of Staff to Governor Chris Christie. She was tasked with garnering bipartisan support among New Jersey mayors for Christie's upcoming gubernatorial reelection bid. 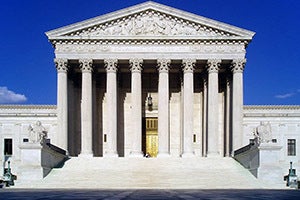 The mayor of Fort Lee, however, refused to pledge his support. In response, Kelly hatched a plan of political retaliation with William Baroni, then Deputy Executive Director at the Port Authority, the agency that manages the public transportation facilities in New York and New Jersey. Christie had appointed Baroni to that position.

The plan, as detailed by David Wildstein, Baroni's chief of staff, who would become the government's cooperating witness, was to cause chaos in Fort Lee by shutting down lanes of traffic onto the bridge and into NYC. Kelly agreed to the idea in an admirably concise e-mail: “Time for some traffic problems in Fort Lee.”

The three co-conspirators also devised a cover story, falsely claiming that the lane closures were part of a traffic study, to determine whether Fort Lee would keep its dedicated traffic lanes in the future.

This sounds like fraud, right? The defendants used their public position to wreak havoc against their political opponents, causing great public harm, and then lied about it to cover their tracks.

Not so fast says the U.S. Supreme Court in a unanimous 9-0 opinion authored by Justice Elena Kagan. Federal fraud laws are not intended to prohibit schemes to defraud citizens to their right to honest and impartial government.

Fraud laws are limited to protect property rights, and are not intended to set standards of honesty and good government for local officials.

Allowing the federal government to make federal criminals out of local and state officials who behave dishonestly in the political arena, the Supreme Court reasoned, would seriously upset our federalist system of government.

The government initially secured convictions for the “Bridgegate” conspirators, which were subsequently affirmed on appeal to the Circuit Court of Appeals.

The defendants filed a writ of certiorari to the U.S. Supreme Court. At the Supreme Court, the government conceded that precedent required a showing that the defendants' deceit must also have had the object of obtaining the Port Authority's money or property.

It argued that the scheme did this in two ways: First, the plan commandeered part of the bridge itself, and took control of the physical lanes.

Second, the defendants acted with the intent to impose additional costs on the Port Authority; namely the compensation of the traffic engineers and toll collectors who were required to accomplish the lane realignment.

Under either theory, argued the government, the scheme targeted a valuable right or interest that constitutes property under the fraud statutes.

The Supreme Court disagreed, holding that the scheme was not directed at the Port Authority's “property.” The lane realignment was an exercise of regulatory power, and the use of the PA employees was incidental to the lane closure. The Supreme Court rejected the government's characterization that the lanes themselves were “commandeered.”

As Justice Kagan noted, the defendants did not physically make off with the lanes themselves, nor did they convert them to some private purpose for their own financial gain.

So too with the costs incurred by this misdirected scheme, which were an incidental effect of the scheme rather than its actual object.

The Supreme Court made clear that the harm to the victims – the loss of property – must be the object of the fraud and not simply a by-product of the fraud.

The U.S. Supreme Court went on to declare a general principle of federal law that federal prosecutors may not use property fraud statutes to set standards of honesty, disclosure, and good government for local and state officials.

Federal prosecutors cannot prosecute every lie by a public official, and even if incidental costs are incurred, the lie can't be prosecuted unless the costs or losses are its intended result.

The court concluded by emphasizing that even though this case involved the blatant abuse of political power, including lies and cover-ups, and even though it jeopardized the safety of the community which incurred a great financial cost, not every corrupt act by a state or local government official is a federal crime.

None of this is to say that citizens are powerless to hold corrupt officials to account. The states themselves could enact broader anti-corruption laws with criminal penalties to police their own officials. New Jersey in fact has such a statute on the books, as noted in Justice Kagan's opinion.

Though a previous effort by the United States Congress to use federal law to address so-called honest services fraud was invalidated by the Supreme Court as unconstitutionally vague, a better-drawn anti-corruption statute could be passed in the future.

For the moment, however, the Bridgegate decision serves as a check on the authority of federal prosecutors to punish state and local officials who abuse their authority, but do not obtain property as a result.

Eisner Gorin LLP are top-ranked federal criminal defense attorneys representing clients throughout the United States who have been charged with any type of federal offense. We are located at 1875 Century Park E #705, Los Angeles, CA 90067. Contact our office for a consultation at 877-781-1570.