As a general rule, the federal government tries to honor the legal sovereignty of Indian nations about crimes committed in their territories. This means that in many cases, crimes committed within the Indian country may be prosecuted in tribal courts.

However, the federal government reserves the right to exert jurisdiction over certain types of serious crimes when committed by Indigenous Americans in Indian territories. This law is embodied in Title 18 U.S.C. 1153. If you violate these rules and regulations, you might face federal criminal charges with harsh penalties. 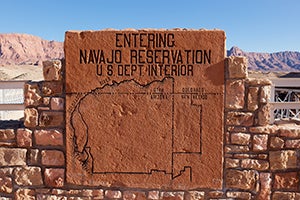 Indian reservations are subjected to different laws than other parts of the United States. The federal government has specific rules applicable to Indians, including criminalizing certain types of conduct.

In other words, a series of federal laws apply to “Indian Country,” which is the legal term used in the federal statute but has no specific legal definition.

18 U.S. Code 1153 says, “(a) Any Indian who commits against the person or property of another Indian or another person any of the following offenses, namely, murder, manslaughter, kidnapping, maiming, a felony under chapter 109A, incest, a felony assault under section 113, an assault against an individual who has not attained the age of 16 years, felony child abuse or neglect, arson, burglary, robbery, and a felony under section 661 of this title within the Indian country, shall be subject to the same laws and penalties as other people committing the above offenses, within the exclusive jurisdiction of the United States.”

Subsection (b) says that any offense not defined in subsection (a) or penalized by federal laws will be defined and punished within state-level laws where it was committed.

Many federal defense attorneys are not familiar with these rules and regulations. All federal criminal charges are serious, and you will need an attorney who understands how these laws are prosecuted to have the best chance at a favorable outcome. Let's review this federal law further below.

Title 18 U.S.C. 1153 stems from the Major Crimes Act, which Congress passed in 1885. This accounts for the reference to indigenous peoples by the old term "Indian" in the text rather than the more current accepted nomenclatures such as Native American, Indigenous American, or American Indian.

In its current form, the law gives the federal government pre-eminent jurisdiction to prosecute certain "major crimes" when committed by American Indians in these territories, regardless of whether the victim is native or non-native. The list of crimes includes the following:

Regarding these crimes, 18 U.S.C. 1153 specifically states that if any of these crimes are committed by an American Indian in an Indian country, they are subject to the same federal penalties as if an American committed them or if they occurred elsewhere in America.

This law specifies that federal jurisdiction is exclusive of the states—meaning that to the extent that the state in which the Indian territory resides also exerts jurisdiction over these crimes, the state may take precedence in prosecuting it.

In California, the State has jurisdiction over all Indian territories. All California criminal laws apply statewide, regardless of whether or not the crimes were committed in Indian territory.

EXAMPLE 1: An American Indian commits a burglary within Indian territory. Because this is a crime listed under 18 U.S.C. 1153, they may face federal prosecution and penalties for the offense regardless of whether the crime is also eligible for prosecution under tribal law.

EXAMPLE 2: An American Indian commits a crime in an Indian territory not listed under 18 U.S.C 1153, such as a drug offense. This crime would not be eligible for federal prosecution but may be tried in tribal court or state courts if the state law exerts precedence.

EXAMPLE 3: An American Indian, who is also an officer or employee of a casino in Indian territory, steals money or other items valued at more than $1,000.00 from the establishment. Under Section 1168 of the law, they could face a maximum punishment of 20 years in federal prison and a fine of up to $1,000.000.00.

18 U.S. Code Chapter 53 has various federal laws related to 18 U.S.C. 1153 that are crimes in Indian country, including the following:

How Can a Federal Criminal Lawyer Help You?

You must protect yourself if you have been accused of violating any federal laws within 18 U.S. Code Chapter 53.

You should consult a federal criminal defense lawyer to review all the details and legal options.  Our law firm is familiar with the laws in the United States applying to people within Indian Country.

Once we review the specific alleged violations of the rules and regulations, we can start preparing a defense strategy to obtain the best possible outcome.

Perhaps the best defense is to negotiate a plea agreement on your behalf with the federal prosecutor. Maybe we can prepare some valid defenses in court to create reasonable doubt and avoid a conviction.

The first step is a close examination of the case details. Contact us for an initial review by phone or using the contact form. Eisner Gorin LLP is located in Los Angeles, CA.