As credit card information has become easily accessible with modern technology, credit card fraud cases has significantly increased. Credit card fraud occurs in many different forms, and there are several federal statutes that are used for prosecuting those who are suspected on violating federal credit card laws. 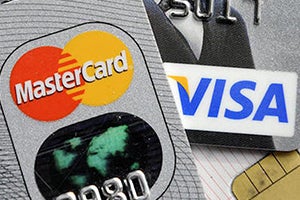 To give readers a better understanding of 18 U.S.C. § 1029 credit card fraud, our federal criminal defense lawyers are providing an overview below.

Federal prosecutors often charge someone in credit card cases using 18 U.S.C. § 1029, which describes this type of fraud crime and related activity in connection with access devices.  Under this statute, it's a felony offense to produce, use, or traffic in counterfeit access devices or unauthorized access devices. The “access devices” includes credit cards, debit cards, and gift cards.

Federal credit card fraud is also commonly known as access device fraud. 18 U.S.C. § 1029 makes it a federal crime to knowingly, with an intent to defraud, any of the following acts:

A federal statute that is often used to prosecute federal credit card fraud cases is 18 U.S.C 1028A, aggravated identity theft. Under federal identity theft laws, it's a felony crime to use, transfer, or possess by any means the identification of another person.

It should be noted that you can still be charged with violating 18 U.S.C. § 1029 even if any purchases were never made, but you would have to have illegally possessed 15 or more credit cards.

It should be noted that credit card fraud can be prosecuted under several federal laws, including;

If convicted of federal credit card fraud in violation of U.S.C. § 1029, the penalties will range from 10 years to a maximum of 15 years in a federal prison, a fine up to $250,000, depending on the subsection that was violated. You could also be ordered to pay restitution.

Also, if convicted, you will be required to forfeit the money or items illegally obtained as described under federal forfeiture laws.

If you were charged with violating U.S.C. § 1029, our experienced federal criminal defense lawyers can use a wide range of strategies in order to obtain the best possible outcome. We need to first review all the details of the case to determine an appropriate plan. Some common defenses include:

Lack of intent to defraud

If you committed an unlawful act described under U.S.C. § 1029, but didn't have a specific intent to defraud, then you have a good chance at avoiding a conviction. For instance, perhaps you were given stolen gift cards as a present, but unaware they were stolen. In order for the federal prosecutor to obtain a conviction, they must be able to prove you acted knowingly, willingly, and with an intent to defraud.

No effect on interstate or foreign commerce

In order to be convicted of federal credit card fraud, it must be connected to interstate or foreign commerce. For example, maybe you were accused of making an online purchase using another person's credit card, but the transaction actually occurred from an online retailed located in the same state where you live. While you could face state credit card fraud charges, it would be considered a federal crime as the transaction didn't cross state lines.

Reasonable belief you had permission

We might be able to make an argument that you had a reasonable belief that you had authorization to use the credit card. For example, you were provided with someone's credit card to use only in an emergency situation. So, you used the credit card but failed to properly communicate with the cardholder who thought someone was fraudulently using their credit card and reported it.

If you are under investigation or already inducted for U.S.C. § 1029 federal credit card fraud, call our federal criminal defense lawyers to review the details and options.