Unlike in state court practice, where parties rarely file formal sentencing memorandum, particularly after a negotiated plea agreement is reached, federal court practice almost always involves a formal written sentencing position from both the government and the defendant.

This is largely the product of the much greater sentencing discretion enjoyed by federal judges. Even in the case of a fully negotiated plea agreement, the judge will often have substantial discretion to vary from a guidelines range agreed to by the parties by either increasing or decreasing the punishment faced by the defendant. 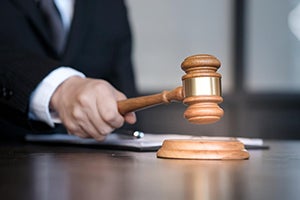 In most federal cases, both the criminal defense attorney and federal prosecutor will submit a sentencing memorandum to the court arguing in support of their requested sentence.

These documents are most often lengthy and could include legal arguments as to the sentencing guidelines, mitigating evidence, character letters, and expert reports.

If there are any disputes with the presentence report (PSR) that was prepared by the probation office, the sentencing memorandum will also address this issue.

It should be noted that the actual federal sentencing hearing is not normally a lengthy process. This means sentencing memorandum submitted on your behalf could be the most crucial document in the process.

An experienced federal sentencing attorney will understand what information about the federal offense and the defendant being sentenced should be included for the federal judge to consider.

The sentencing memorandum is also an opportunity for the federal criminal lawyer to challenge incorrect claims made by the prosecutor. For more information, see Federal Rules of Criminal Procedure Rule 32 – Sentencing and Judgment.

In order to give readers some important information about a sentencing memorandum and sentencing hearing, our federal criminal defense lawyers are providing an overview below.

The Presentence Report by Probation Department

An effective defense sentencing position will accomplish several tasks. First, the sentencing memorandum must address the presentence report prepared by the probation department. This is a very important document in federal criminal case procedure which is relied upon extensively by a sentencing court.

Critically, the PSR describes the offense conduct which resulted in the defendant's conviction and details any particular offense characteristics which differentiate the defendant from others convicted under the same provision of federal law.

These specific offense characteristics not only have a substantial impact on the proper calculation of the defendant's advisory sentencing guidelines sentence range, but will also weigh on the judge's mind in evaluating the fair and appropriate sentence to impose for a given defendant.

Accordingly, the sentencing memorandum must address and challenge any inaccurate or unfair characterizations set forth by the probation department in its report.

The sentencing memorandum should include an advisory guidelines calculation preferred by the defense. The guidelines contain so many downward departure and enhancement provisions, some of which cannot simply be applied mechanically.

Rather, they require a more holistic assessment, that effective advocacy almost always requires putting forward an alternative, more defense-friendly, assessment of the applicability of the guidelines. This includes advocating for a lower total offense level and a lower criminal history category.

Disputing the criminal history category calculation in the PSR often involves contextualizing one or more of the defendant's prior convictions. These convictions may have been very old or have been the result of life circumstances which no longer apply to the defendant.

In rare cases, the court records of the convictions may themselves be inaccurate and lead to the impression that the defendant received a harsher sentence in the prior case than was actually the case.

All of these issues can lead to a criminal history category calculation by probation that overstates the seriousness of the defendant's actual prior history.

The sentencing memorandum will also address the equitable 18 U.S. Code § 3553(a) factors.  These factors require a sentencing court in federal criminal cases to evaluate the defendant's history and characteristics, among other wholistic factors.

These factors ensure that federal sentencing addresses the individual, not just the crime for which they are convicted. Sentencing under these provisions should accomplish the goals of sentencing, including punishment, rehabilitation, and deterrence to both the defendant and members of the public at large with the goal of promoting respect for the law.

To accomplish this individualized assessment, effective defense presentation of the defendant's background and history is required. Letters of support from family members, friends, and other members of the community are required to demonstrate the defendant's moral character and reputation.

To supplement the defense's sentencing memorandum, letters are usually addressed to the judge in support of a lenient sentence.  These letters are typically submitted to the defense lawyer who will submit include them in the memorandum.

The defendant will often also present a letter to the court which can be discussed in the sentencing memorandum explaining their conduct, asking for leniency, or both.

The sentencing memorandum must therefore walk a fine line between accepting responsibility and seeking leniency on the one hand and pushing back against unfair characterizations of the defendant's conduct and potentially overly-aggressive requests by the government for excessive punishment on the other hand.

The government will also file a sentencing memorandum in a federal criminal case to support their position on sentencing.  As you could guess, these usually request harsher penalties than the memorandum prepared by your defense.

The form will be largely the same as the defense memorandum, though the purpose is different. The government will present its own defense-unfriendly guidelines calculation and a likely less-favorable assessment of the applicability of the equitable factors contained in Title 18 U.S.C. § 3553(a).

The government will likely argue against any downward departure or defense-favorable variance from the sentencing guidelines range.

A defendant's attorney generally is more focused more on the criminal law aspects of the case and often has only limited personal information about the defendant.

The sentencing memorandum is written by the criminal defense lawyer to the judge in an effort to present a more complete picture of the defendant other than just the crime itself. Federal sentencing advocacy is crucial to achieving the best possible outcome in a federal criminal case.

If you or a family member is facing federal sentencing, our experienced team of federal criminal defense attorneys can assist you in crafting the most effective sentencing memorandum for your case. There are strategies to overcome probation's recommended sentence. We have been able to achieve many favorable sentencing outcomes for clients.

Eisner Gorin LLP is a nationally recognized and top-rated criminal defense law firm representing clients throughout the United States against any type of federal crime. We are based in Los Angeles County at 1875 Century Park E #705, Los Angeles, CA 90067. Contact our firm for an immediate consultation at 877-781-1570.